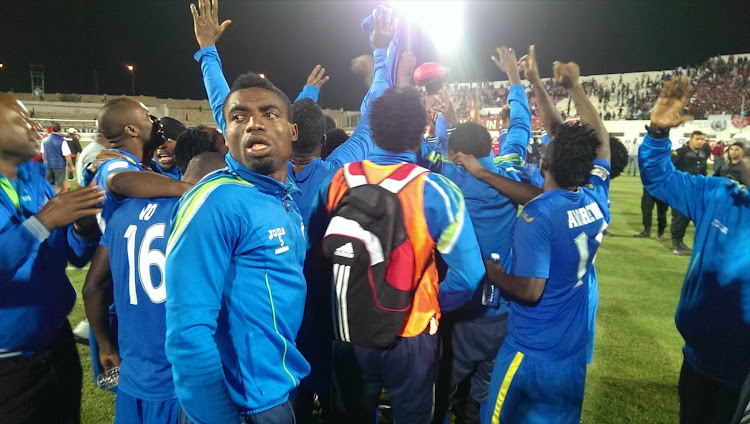 Wits have dropped down into continent’s secondary club competition after a disappointing exit in the Caf Champions League in the previous round at the hands of Angolan army club Premiero Agosto.

It has kept up the horror run of results for Gavin Hunt in African club competition in both his time at Wits and previous club SuperSport United.

Enyimba will be fancied to advance to the group phase‚ especially if Wits do not play a full-strength side.

Enyimba lie sixth in the Nigerian league standings‚ six points behind the leaders but with two games in hand because of their participation in this year’s Confederation Cup.

They had a bye in the first round and beat Energie FC of Benin both home and away in the second round.

Enyimba won back-to-back Champions League titles in 2003 and 2004 but have not been the same force since.

SuperSport United are away in Kenya for the first leg of their tie against Gor Mahia.

Last year’s Confed Cup runners-up are expected to rest regulars as they play at Machakos‚ some 60km south of Nairobi‚ on Sunday afternoon.

Gor Mahia are among the early frontrunners in the new Kenyan season. Their coach is English-born Dylan Kerr‚ who played for now defunct-Pretoria club Arcadia and later served as an assistant to Sammy Troughton at University of Pretoria FC.

The precarious position of SuperSport in the Absa Premiership will be under scrutiny on Wednesday when the club return to action against Orlando Pirates at Mbombela Stadium.

Kaizer Chiefs fans tell Siphiwe Tshabalala‚ when he encounters‚ that they “want trophies”‚ the veteran Amakhosi star said on Thursday.
Sport
4 years ago