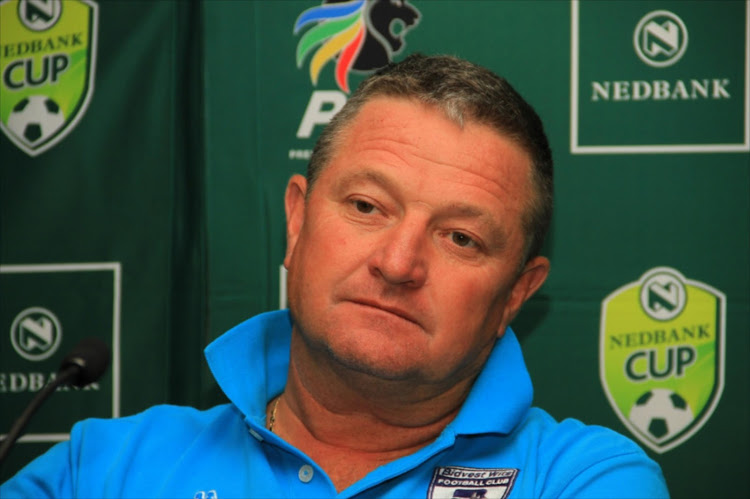 Bidvest Wits coach Gavin Hunt has moved to quell any notion that after a dismal domestic season‚ he would find it a relief not to have to enter into Caf Confederation Cup group stage which will affect the next campaign too.

Yet‚ from the evidence on the field‚ Wits hardly seemed up for beating Enyimba in the first leg of their 1-1 competition’s second round tie at Bidvest Stadium on Friday night.

Wits had plenty of chances with former Orlando Pirates goalkeeper Fatau Dauda easily the busiest man between the posts to keep Enyimba in the game.

Against a pedestrian club from Nigeria‚ though one who will be a tougher prospect in Aba on April 17‚ one could not help get the sense that a mixed-strength Wits were holding something back.

"There was nothing in the game. The game was so one-sided‚ and that's been the story of our season‚" Hunt said afterwards.

"So‚ Ja‚ I mean it's disappointing because we could have been out of sight."

Hunt was having nothing of the idea that qualifying for the group stage of the tournament‚ having reached this competition as first-round Champions League losers against Angolans Primiero Da Agosta‚ was surely the last thing Wits might want as currently they battle to progress into the Premier Soccer League's top eight as defending champions.

"We don't. It's been proved again - against a team like this."

Hunt brought in some fringe players like Eleazar Rodgers and Thobani Mncwango up-front‚ Daine Klate on the left‚ and Bongani Khumalo and Josephs in defence.

Still‚ combined with enough heavyweights such as Reeve Frosler‚ Thulani Hlatshwayo‚ Sifiso Hlanti and Edwin Gyimah‚ Wits had enough strength on the field to be competitive.

After Klate put them ahead in the fourth minute‚ and Mustapha Ibrahim equalised a minute later‚ the Clever Boys had plenty of chances‚ but could not profit from them.

Hunt said he was disappointed at how his fringe players never quite stepped up to the plate.

"We've got big games either side of this (so we had to rest players). And if this is what we're going from‚ from the first team to this‚ we've got problems‚" he said.

In the PSL‚ Wits meet relegation-threatened Ajax Cape Town at Athlone Stadium on Wednesday‚ leaders Mamelodi Sundowns at Loftus Versfeld on Saturday‚ then Enyimba in Nigeria on Tuesday‚ April 17.