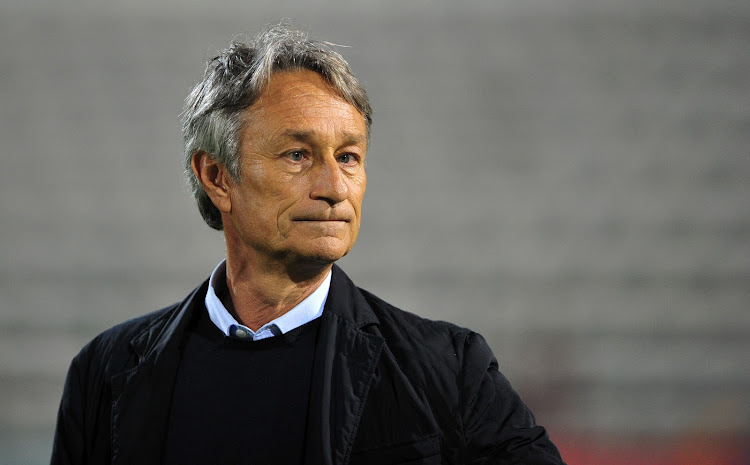 Victory over outgoing champions Bidvest Wits at the Athlone Stadium on Wednesday has provided Ajax Cape Town with a chance to now believe they can haul themselves clear of relegation danger.

Yannick Zakri’s breakaway goal handed the hosts a rare win in their battle against the possible drop but there are still some tough games to come against Chippa United away in Port Elizabeth on Sunday and home to Baroka FC in 10 days’ time.

Ajax coach Muhsin Ertugral said his charges need to maintain the performance they displayed against Wits if they are move away from danger.

“What is important is how quickly we can find the energy we showed against Wits.

"We play a team (Chippa)‚ who also like to counter attack. But beating Wits gives my players a chance to now believe in themselves‚” said Ertugral.

He hailed the victory over Wits but bemoaned his players’ lack of composure as Ajax missed chances to score more in a tightly-contested encounter.

Ertugral changed tactics at half-time to take a more defensive approach‚ allowing Wits to dominate possession but without giving them much space to use.

“I can see that the players can handle the pressure.

"The best part was the energy level we had‚” he added.

“Our downfall in the past has been trying to play toe-to-toe with quality teams. We had to be more cautious this time.”

Ertugral believes Ajax can finish outside the bottom two if they win their remaining home games against Baroka and Kaizer Chiefs and at least one of their last two away matches against Chippa on Sunday and Mamelodi Sundowns at the end of the month.

“We are under a lot of pressure but I’m not going to talk too much about it and put the players under more pressure.

South Africa have climbed another four places in the latest FIFA World Rankings released on Thursday as their steady progress up the table in 2018 ...
Sport
4 years ago