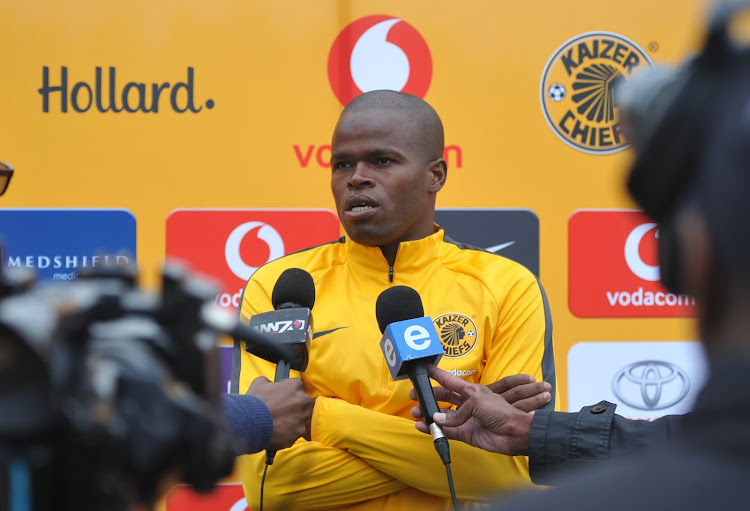 Kaizer Chiefs’ team meeting this week where the players were scolded about the humiliating 3-0 defeat to Chippa United on Saturday was a wakeup call‚ combative midfielder Willard Katsande has said.

Surely it is a reflection of the state of Chiefs‚ and the arrogance with which the club is run‚ that football manager Bobby Motaung initially denied to TimesLIVE on Tuesday morning that any such meeting took place‚ then the club released a statement confirming it that afternoon.

Chiefs’ midfield hardman Katsande said the five-hour meeting‚ which followed a shambolic defeat against Chippa at FNB Stadium that effectively ended the club’s Absa Premiership chances‚ was heads-up to the players that they need to pull their socks up.

He said Amakhosi’s players were reminded that they need to bounce back against Platinum Stars at FNB on Sunday to ensure they restore their form and confidence ahead of their Nedbank Cup semifinal against Free State Stars on April 21.

“The meeting was a heads-up and also to regroup in terms of a bad performance‚” Katsande said on Thursday.

“And going to the next game‚ and actually the last four games‚ we just need to give quality performances.

“In four games there is a lot that will happen and a lot will change.

"If you give your best and finish those games on a high note‚ and the Nedbank on a high‚ who knows what can come tomorrow?

“The previous game was tough‚ tough‚ tough for us. We took it as men‚ as professionals‚ and we went back to the drawing board. We want to rectify our mistakes.

“But ja‚ it’s football. There’s nothing you can do to affect whatever happened on Saturday. All we can do is try to affect the future‚ which is the next game.

“We are working hard to redeem ourselves‚ and also to win matches‚ so that we’ll be on the front foot for the Nedbank Cup.

“We need to go to the semifinal in full confidence. The last match was an eye-opener and showed us that we need to work on certain areas where we are not clinical.”

Surprisingly‚ Katsande did not agree that Saturday’s result was the final confirmation that Chiefs have just not been good enough for a third season in succession.

“Not really‚ because as you could see we had some quality performances‚” he said.

“But we had some shortfalls in terms of conversion as a team. And also we had some new kids on the block trying to adjust and learn the culture of the club.

“It was a totally changed club as compared to three seasons ago.

“So I think‚ given the chance next season‚ the kids will have grown and they know now what it is to play for Kaizer Chiefs.

“And with these kinds of comments (public backlash)‚ I’m sure they now will have had a heads-up in terms of what will happen if they don’t perform.”

South Africa have climbed another four places in the latest FIFA World Rankings released on Thursday as their steady progress up the table in 2018 ...
Sport
4 years ago