Remnants of salvation for Kaizer Chiefs' season can still self-implode 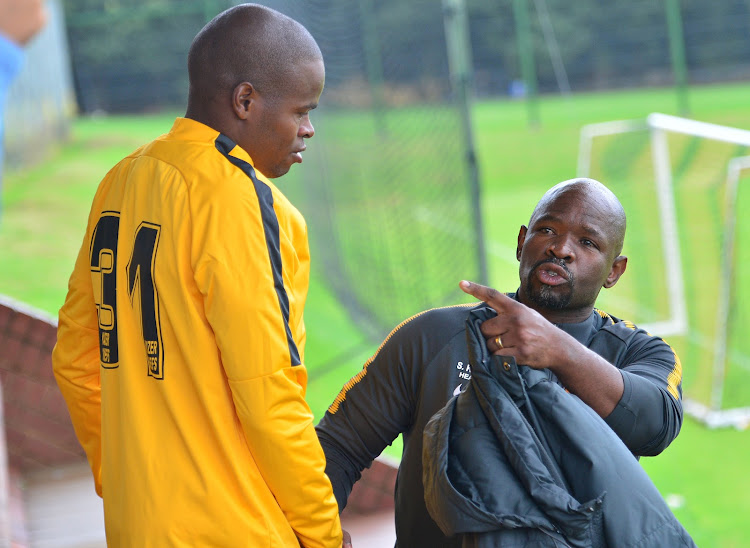 The past week has been the joint-lowest point for Willard Katsande at Kaizer Chiefs‚ Amakhosi’s veteran midfield hard man has said.

Katsande is the competitive midfield rock on which Chiefs are built.

There have been times this season when he‚ attacking midfielder Siphiwe Tshabalala and goalkeeper Itumeleng Khune have carried the Soweto giants.

Their payload appeared to have been lessened as‚ during this season youngsters stepped up and decent new signings were made.

But Saturday’s 3-0 humbling by Chippa United at FNB Stadium suggested that all the signs of progress have merely been cracks papered over‚ as Amakhosi’s slim outside chance of still challenging for the Absa Premiership were unceremoniously detonated.

It has made for a gloomy week at Naturena. Katsande said only one week previously was gloomier.

“I think it’s the second time. The other time was when we lost 4-1 against Sundowns in the MTN8 (quarterfinals‚ in 2012). The feeling was bad‚" the renowned cruncher of opposition players’ bones said.

“And in this one we were playing at home. So losing by such a margin after grinding out results in the previous two matches‚ obviously it’s a huge setback and hard to swallow‚ and something that’s going to go down in the history books.

“Whether you like it or not it’s something that’s going to be remembered as one of the worst performances in Kaizer Chiefs colours.”

Chiefs coach Steve Komphela tried to put on a brave face at this week’s media day at Naturena‚ joking with players to try to lift the mood.

He has every reason to try to buoy his players.

Fourth-placed Chiefs meet Platinum Stars‚ in last place and desperate for points‚ at FNB on Sunday‚ with third position now even a consolation prize Amakhosi are losing their grip on.

Chiefs also need a win against Platinum to restore their confidence ahead of their last chance at preventing three trophyless seasons under Komphela‚ in their Nedbank Cup semifinal against Free State Stars in Durban on April 21.

“We do have a good vibe‚ but at the same time we don’t need to ignore the past result‚” Katsande said of Chiefs’ dressing-room atmosphere right now.

“It was a horrible‚ horrible result and obviously mentally it will play a part.

“But it’s up to us senior players to unite the young boys and try to make them believe in themselves.

“It’s about how you regroup and how you bounce back.”

Chiefs need to bounce back‚ because even with just four league matches and the Nedbank left to play‚ their season still has room to implode.

Fatigued SuperSport United’s bid to avoid relegation continues on Saturday when they travel away for a crucial clash against Cape Town City at the ...
Sport
3 years ago

Mamelodi Sundowns coach Pitso Mosimane is not losing any sleep over the potential complications that could arise from the Tendai Ndoro eligibility ...
Sport
3 years ago

Were Kaizer Chiefs ever on the right track in the 2017-18 season‚ or were the cracks just being papered over‚ and exposed in all their gaping ...
Sport
3 years ago

Victory over outgoing champions Bidvest Wits at the Athlone Stadium on Wednesday has provided Ajax Cape Town with a chance to now believe they can ...
Sport
3 years ago

Kaizer Chiefs’ team meeting this week where the players were scolded about the humiliating 3-0 defeat to Chippa United on Saturday was a wakeup call‚ ...
Sport
3 years ago