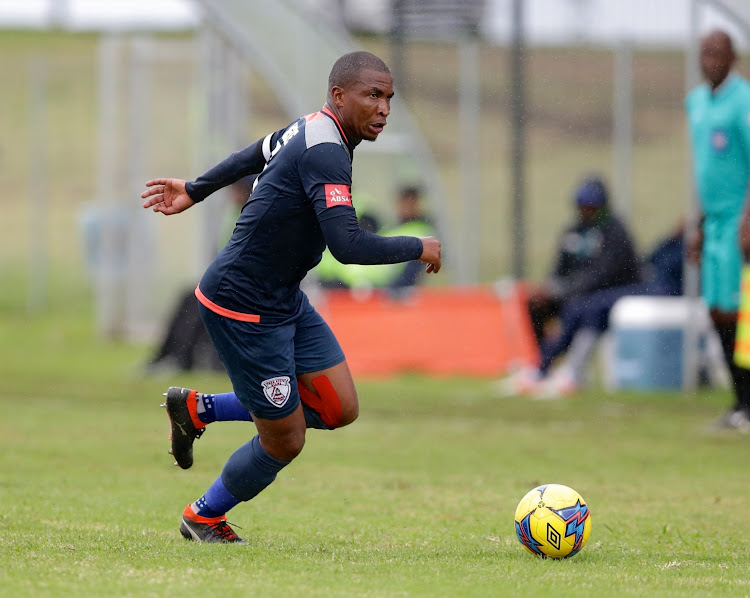 Paulus Masehe is the competitive cornerstone who will make or break Free State Stars’ chances of progressing past Kaizer Chiefs in Saturday night’s Nedbank Cup semifinal at Moses Mabhida Stadium.

Masehe‚ 34‚ who passed 300 Premier Soccer League caps this season‚ is the embodiment of a warhorse‚ and the majority of that lengthy career has come at the team he grew up watching in QwaQwa.

“This team has been part of my life‚ baba‚” Stars’ defensive midfield kingpin and captain Masehe crooned in his gruff‚ tough manner this week.

“We used to walk‚ when I was 10‚ 11‚ to the stadium to go and watch big matches‚ even against Kaizer Chiefs – a very long distance we used to walk.

“And I started playing here for the development team‚ called the reserve side. And then when the team was sold I had to go and look for a job elsewhere‚ and it was in Joburg luckily enough.

“But I was very happy to come back and impart the experience I learnt that side to the youngsters this side.”

Masehe is not only playing for the team he grew up watching‚ and has been a faithful 10-year servant of. He also wants to try to rectify Stars’ record of just one trophy – earned in 1994 as QwaQwa Stars in a classic 3-2 Coca-Cola Cup (now Telkom Knockout) final win against Hellenic in Phuthaditjhaba in 1994 before he finally hangs up his boots.

The former Mamelodi Sundowns and Orlando Pirates striker will provide the toughness in midfield that will allow the youngsters around him to settle and express themselves.

Stars coach Luc Eymael’s training sessions are a get-stuck-in war. Masehe revels in them‚ and is one of the main drivers of the level of competitiveness.

“That’s the influence that we’re trying to bring to these boys‚ that you cannot come and train one way and expect to perform another way in a match.

As Masehe entered his 30s‚ he had to work harder to remain the vital cog at Stars. Had he been relegated to the bench at any stage under any one of a string of coaches‚ who knows‚ perhaps that would have meant the end.

Asked to explain his longevity‚ he said: “Striving to become better‚ each and every day‚ regardless what. Trying to be consistent and never allow myself to be in a comfort zone.

“I’m very competitive. Even at training‚ I keep the same spirit. I want to win.

“And that stays with me‚ and becomes part of my DNA now and it becomes easier for me to compete week in‚ week out.

“And discipline also plays a major role‚ and being able to understand the coach’s instructions.

“That can play a certain part‚ because if you don’t understand the coach’s instructions he’s going to put you on the outside.

“And once you’re outside you’re no longer the same player‚ you no longer have the same opportunity to compete.

“You don’t know how many good players there have been who were sidelined and couldn’t be able to compete back.”