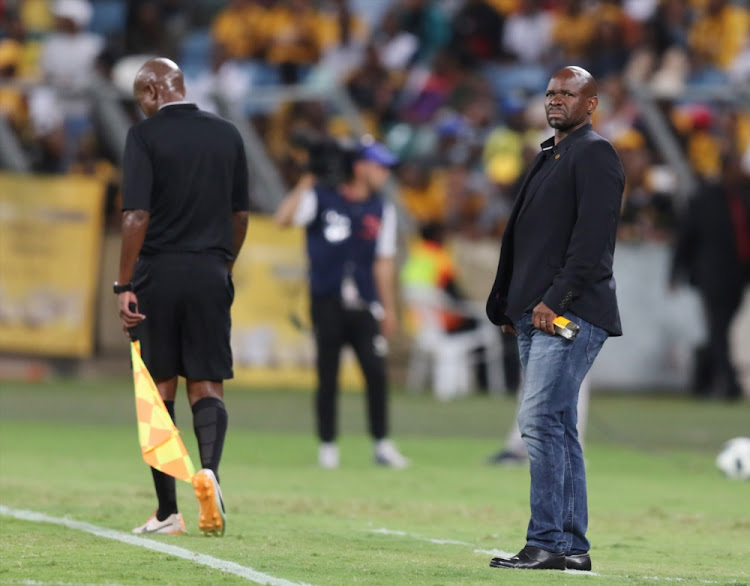 Kaizer Chiefs coach Steve Komphela never actually got around to saying “I quit” on Saturday”‚ saying everything else as he rambled on for eight minutes at the post-match press conference at Durban’s Moses Mabhida Stadium.

It was vintage Komphela‚ dancing around the topic and frequently going off message and not actually getting to the point.

He painted himself as brave but having to take a decision for the safety of others and managed to work in comparisons to Jacob Zuma and Arsene Wenger as he addressed the assembled media.

It took the club’s football manager Bobby Motaung‚ speaking directly after Komphela‚ to actually announce that the coach was leaving with immediate effect after failing to reach the final as Free State Stars beat them 2-0 in the Nedbank Cup semifinal. 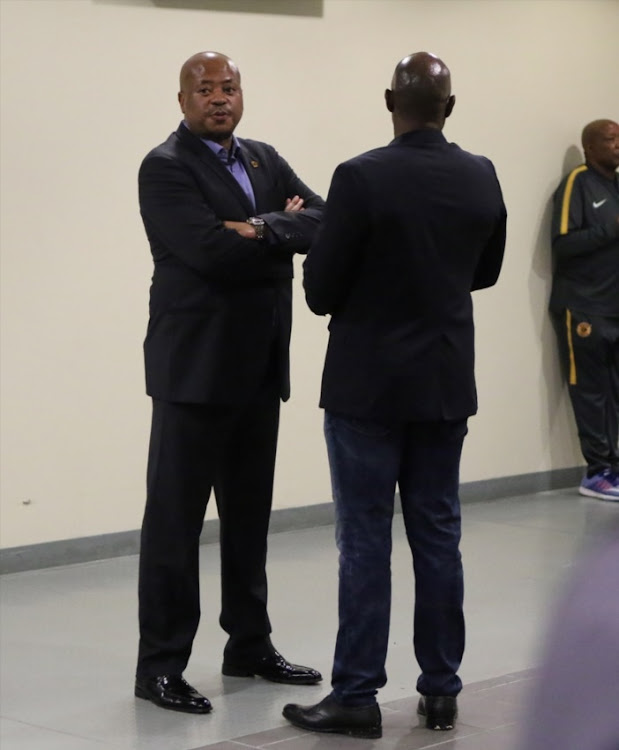 Here is what Komphela said‚ word-for-word‚ in his final press conference:

“We to be honest‚ and frank‚ I don’t think we deserved the result but it’s part of football.

"We committed two errors and we paid the price.

"The first one we failed to defend the cross. Similarly with the second one.

"There was no threat‚ nothing major‚ even throughout the match‚ we never had problems except when we lost possession and they came on a transitional counter attack.

“The number of chances we created‚ I don’t know‚ I lost count. I had just accepted‚ ‘you know what‚ this ball is just not going to go inside the net. The minute you go to that level‚ you are saying ‘let’s see how far it goes’.

“But nothing happened. Do you falter players? Not at all‚ not at all. They gave their all‚ you cannot falter them. Mistakes we committed? Yes we did.

“Unfortunately one had to experience again a phenomenon that nobody deserves. I mean‚ we … Do players deserve this? Not at all.

A security guard was reportedly injured when Kaizer Chiefs fans rioted after the loss to Free State Stars at the Moses Mabhida Stadium in Durban on Saturday night.

“Honestly speaking you look at it and say‚ on the back of that‚ do you still want to put people at risk?’ Because there is so much risk for these wonderful people who come and watch this game here. Other are not involved.

“Do you want to put players at this risk? You got to be honest enough and say‚ “nah‚ you cannot’.

“Do you want to put yourself at risk? I love dicing with fire‚ maybe the switch on feelings for me is just too low and it never gets hot.

“But again I don’t think anybody deserves this.

“Now would one want to see a scenario where this persists? No‚ no‚ no. It’s not right.

“We faced this (violence) in Johannesburg and now in Durban and we playing again in Durban on Tuesday against Arrows.

Steve Komphela quit as coach of Kaizer Chiefs just minutes after violent scenes followed his side’s departure from the Nedbank Cup on Saturday as ...
Sport
4 years ago

“Do you still feel … bravery is bravery‚ but can you at the back of you being brave‚ feel you can drive at 200kmph with the ones seated in your car.

“In leadership‚ calmly so‚ cool headedly so‚ you outline and expect to say things that are very responsible.

“Maybe just from a correction point of view‚ I remember there was a scenario where there was an outcry on ‘fees must fall’. Trying to educate our nation‚ we are no professors‚ no teachers but maybe to remind them rather.

“When there was the movement of ‘fees must fall’ it went on to go to the State President‚ who ‘must fall’ and then it came on me‚ ‘Steve must fall’.

“But if you look at it where it comes from‚ then it becomes a trend‚ a culture. Now maybe again‚ look at what is happening currently. Maybe what we see in stadiums might not necessarily be what football is all about but the culmination of as culture.

Kaizer Chiefs have been fined a steep R250 000‚ of which R200 000 has been suspended‚ for the acts of unruliness by their supporters at FNB Stadium ...
Sport
4 years ago

A security guard was badly beaten, a ball boy and several other spectators injured and millions of rands of damage sustained as angry Kaizer Chiefs ...
Sport
4 years ago

“Now we have to cut this culture of ill-discipline and delinquency. One has to be responsible enough to say‚ ‘be the first one to cut this’.

“If it means I have to bring the calmness‚ listen to have to do that. Be responsible enough and say it‚ protect the players‚ protect administration‚ set an example and a trend that this must stop.

“If it has to stop by me being just outside the scenario‚ even with two matches to go‚ do it. There is nothing wrong with that.

“After 22 years at Arsenal when Arsene Wenger realised the seats were getting too red‚ he decided‚ ‘no guys‚ no‚ this will be the end of my journey’.

“This man does it with lots of honour‚ respect and integrity and it is highly appreciated.

“I have to have the same consideration. People are fighting over .. maybe me … and if that be the case … supporters‚ players are suffering because of me … then there are many considerations.

“I am effectively saying to you that I consider to be very responsible and to protect everybody at stake.

“Maybe also assisting the PSL not to be charging teams for violence. If you are the trigger‚ then you got to stop.

"I think one has to accept the fact that … no‚ no‚ no … you better stop‚ because if it goes on then a lot of people get hurt. And it is only fair.

“And I’m saying this with no lump on my throat‚ nothing.