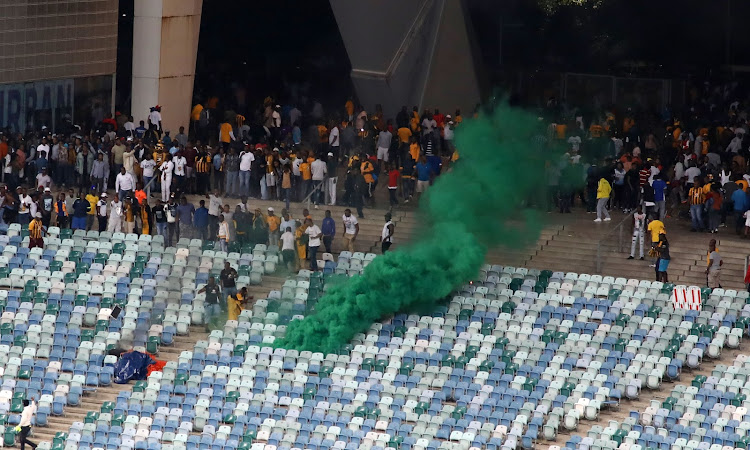 Judgement has been reserved in the matter for the pitch invasion and crowd misconduct that occurred after the final whistle of Chiefs’ 2-0 Nedbank Cup quarterfinal defeat at Moses Mabhida on April 21. 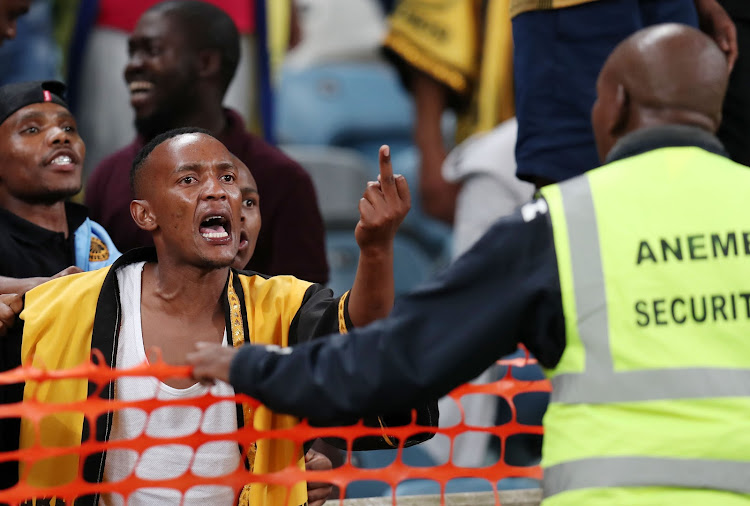 A Kaizer Chiefs fan in a confrontation with a security officer at Moses Mabhida Stadium in Durban on April 21 2018.
Image: Muzi Ntombela/BackpagePix

The pitch invasion saw one PSL security guard badly beaten and destruction to property‚ including cameras and equipment of broadcaster SuperSport‚ and fires set alight in the stands.

It is believed that judgement in a case of this profile and magnitude might take some time to arrive at.

One option of a punitive measure is for Chiefs to play matches behind closed doors.

Chiefs' R200,000 suspended of the R250,000 they were fined for crowd misconduct after their 3-0 Absa Premiership defeat against Chippa United at a FNB Stadium on April 7 was not part of Wednesday night's proceedings. 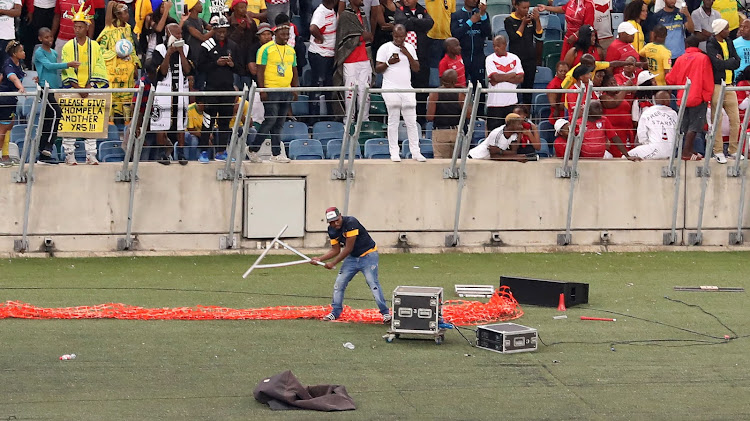 That fine was for inadequate security being provided.

The charge on Wednesday night was for crowd misconduct by Amakhosi's supporters.

Security at the Chiefs versus Free State Stars game‚ because it was a Nedbank Cup fixture‚ was the responsibility of the PSL.

Chiefs fans’ riot to come under spotlight in Parliament

The country’s soccer bosses will on Tuesday have to account for the chaos at Moses Mabhida Stadium two weeks ago‚ where a security guard was savagely ...
News
4 years ago