Losing to Chiefs was a bitter blow‚ says Ertugral 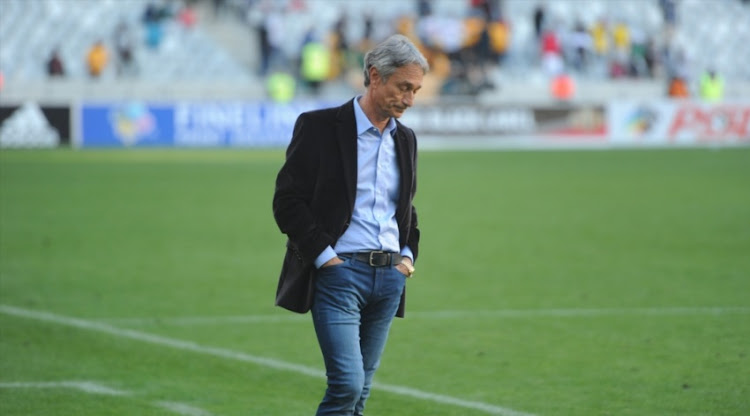 Muhsin Ertugral wants only the toughest in his team for Wednesday’s away Premier Soccer League promotion-relegation play-off against Black Leopards in Thohoyandou after Ajax Cape Town failed to lift themselves out of the bottom two in the final Absa Premiership standings at the weekend.

“I need to choose the right ones for the game. That’s for sure‚" Ertugral said.

"I don’t like to mention names but you could see the stage was too big against Chiefs for Yagan Sasman. He was frightened and he made wrong decisions.

“He is a talent and he’s done well for us in the past but we need to choose those ones who are mentally strong for the game.”

Ajax lost 2-1 at home to Chiefs on Saturday in a match they needed to win to avoid the play-offs.

Ajax also failed to win a single away match in the regular season and it is this mental barrier that is the biggest concern for Ertugral as they head north on a potentially exhausting trip.

“I always say that if a professional footballer is not motivated to play well‚ then you are in the wrong job‚" the Ajax coach said.

"We need to quickly put the defeat behind us.

"Obviously‚ we were all emotional after the game and that is why I preferred to say nothing in the change room.

"Less is more‚ I believe.

“Under pressure this team makes the wrong decisions so we need to improve that‚ but we will be motivated.

“The travel to Thohoyandou will not be easy. The boys are a bit mentally fatigued but we will lift them‚” added Ertugral.

Losing to Chiefs had come as a bitter blow‚ he added.

“We had a lot of hope‚ the players could see they were on the right way. But the small elements didn’t happen. We couldn’t capitalise on our chances.

“But we must all be motivated to go out there and win the game‚ or to get a draw at least. I think to go for draw in Thohoyandou will be the right approach.

“We are not going to play it too open or wide. After that‚ and then we have two home games‚ which we have to win. If that happens‚ then you are safe.”

But Ertugral felt strongly that Ajax need not have landed in the play-offs and Saturday’s defeat could have been avoid.

“We had our chances‚ in the first half two good opportunities but our application‚ making the right decision at the right moment‚ let us down.

"It was like that the whole season. The right moment‚ the right decision and the right precision. That just didn’t happen. Too often‚ we frightened ourselves.

“In the first half‚ we were afraid‚ we didn’t know what to do. We dropped back too much and we let the first 45 minutes just pass away‚” he added.

“In the second half‚ we needed to attack and go to four up front and‚ in my opinion‚ it worked for us. We were on the front foot and we had three clear chances and had we gone 2-1 up I think we would have closed the game.

“But we needed to be careful on the counter attacks and‚ unfortunately‚ it slipped out of our hands -- which comes from not being precise enough.

“Obviously we were up against Chiefs and they are capable of taking the game to you. They have experienced‚ high quality players‚” Ertugral said.