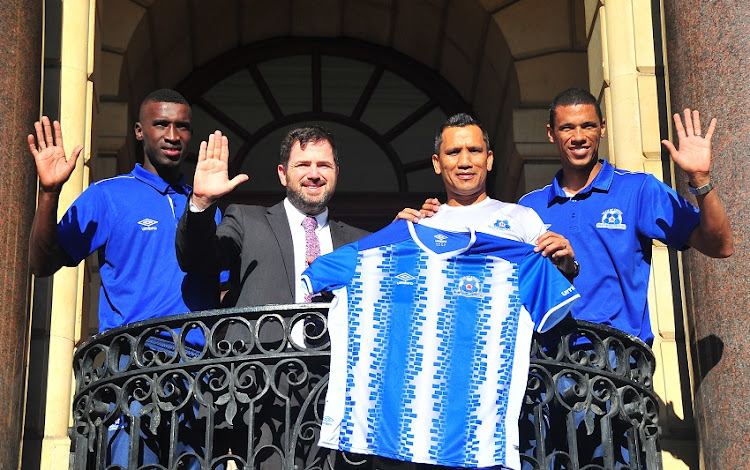 Maritzburg United have made a whistle-stop visit to Cape Town to drum up support for the side in Saturday’s Nedbank Cup final against Free State Stars at the Cape Town Stadium.

The fixture is facing stiff competition from the English FA Cup final between Manchester United and Chelsea that will be played at the same time‚ and the fact that the high-profile friendly between Mamelodi Sundowns and Barcelona in midweek will attract the lion’s share of media interest until Friday at least.

“We made the effort of coming to Cape Town to make sure we got our marketing right to rally the fans behind the team.

"We have hurdles to cross‚ including the FA Cup final on Saturday‚” Kadodia said.

“We have a rich history as a club‚ being one of the old teams from the Federation league‚ and now that we have our head coach [Davids] and captain [Fransman] from Cape Town‚ people in the city can identify with us.

“We will be bringing at least 12 busses from Pietermaritzburg and there are plenty of supporters who will make the trip by air. We will make it a Maritzburg razzmatazz.”

Kadodia was guarded when asked about the Sundowns-Barcelona fixture‚ which has been controversially allowed to take place just days before the country’s cup final‚ after the Premier Soccer League had turned down similar requests in the past.

“I have my reservations about it‚ but I can’t say too much. Obviously on face value it is a disappointment for both the teams‚ Free State Stars and Maritzburg‚ and also for the City [of Cape Town] and Nedbank‚” Kadodia said.

“Nedbank have called this a ‘dream final’ because it is the first final they have played in Cape Town and they wanted to make it special.”

Diamond says Cape Town is trying to change its image as a rugby and cricket city‚ and hopes a sizeable crowd on Saturday will open more doors in the future.

“We have been trying to change the message and say that Cape Town is open for football. We have been sitting a lot with Nedbank to see how the city can get involved in the marketing‚” he said.

“This is Cape Town’s opportunity to get behind football. This is our chance. We have been begging the PSL to give us a big game. Well‚ they have now done that.