It's official: Messi will face Sundowns as part of full strength Barca squad 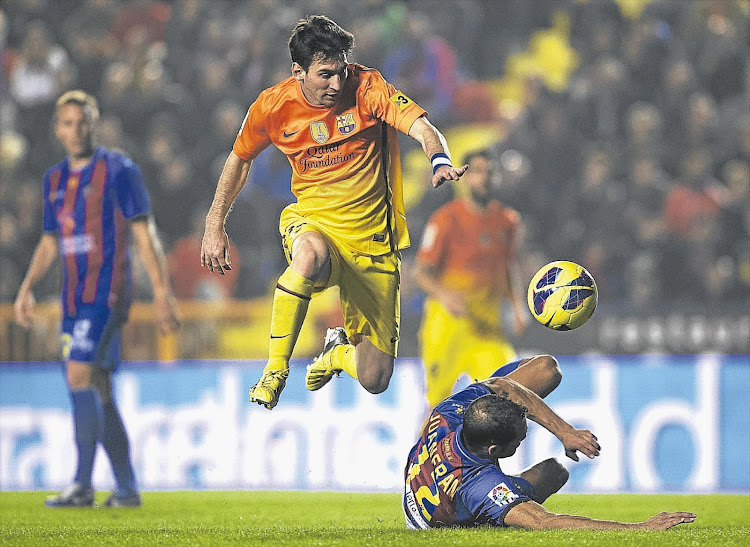 The wait is finally over after FC Barcelona confirmed on Tuesday night that Argentinean superstar Lionel Messi and Uruguay marksman Luis Suárez would face Mamelodi Sundowns at FNB Stadium on Wednesday.

SA league champions Sundowns host their Spanish counterparts in the highly anticipated Nelson Mandela Centenary Cup encounter, and the uncertainty over Messi's availability had been a huge source of unease for the nation's soccer lovers.

South Africans were left in the dark after the two teams failed to confirm whether the reigning Spanish champions would bring a full strength squad to the match, which was listed as part of their weekly training schedule.

Barcelona finally put local fans out of their misery when they confirmed in a tweet that Messi and Suárez would make the trip to South Africa.

Barcelona are expected to arrive at OR Tambo Airport in Johannesburg on Wednesday morning and they will fly out immediately after the match to prepare for their last league match of the season, against Real Sociedad at Camp Nou, on Sunday.

Wednesday night’s Mandela Centenary Cup match between Mamelodi Sundowns and FC Barcelona will be beamed live on SABC 3‚ organizers of the event have ...
Sport
3 years ago

Metrorail has announced it will operate a free train service for fans attending the Sundowns versus Barcelona game on Wednesday evening from Pretoria ...
Sport
3 years ago