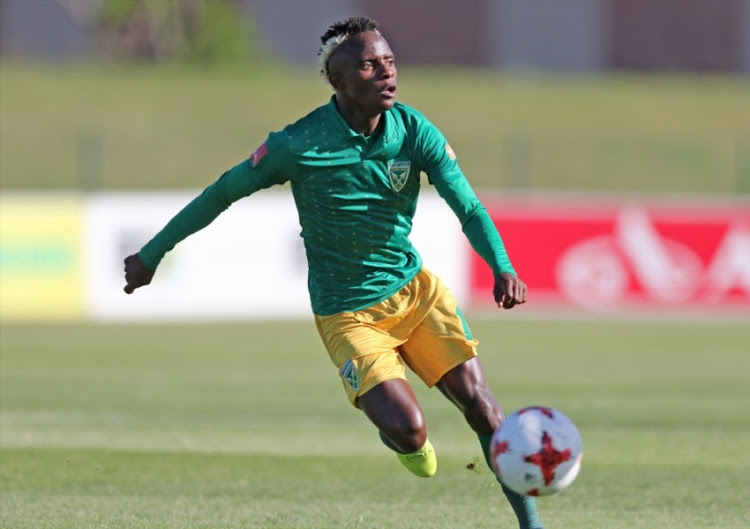 Mamelodi Sundowns midfielder Kudakwashe Mahachi has again been linked with a move to Orlando Pirates‚ but The Buccaneers have told TimesLIVE that there is “nothing to report” on the matter at this stage.

Mahachi has spent the last three seasons on loan at Lamontville Golden Arrows from Mamelodi Sundowns and despite injury lay-offs‚ has been a shining light for Abafana Bes’thende.

The 24-year-old Zimbabwe international was quoted in January as saying he would be signing for Pirates in the 2018/19 campaign after they reached an agreement with Sundowns for his services.

And reports in Zimbabwe‚ quoting unnamed sources‚ have allegedly confirmed this.

But Pirates football administrator Floyd Mbele says it is jumping the gun.

“There were discussions at the start of last season over Mahachi‚ but it would be premature at this point to say that he is our player‚” Mbele told TimesLIVE.

“For now there is nothing to report on this.”

Pirates have said they will be making signings in this transfer window as they prepare to battle on five fronts next season having qualified for the 2019 African Champions League that is due to begin earlier than usual in December.

The competition will be played over just six months‚ rather than the usual 10 months‚ and will end in May 2019.

That is to accommodate the switch in timing from August to May in 2019/20‚ as announced by the Confederation of African Football last year.

If Pirates progress to the latter knockout stages‚ it will put huge pressure on their squad and coach Micho Sredojevic has already indicated extra numbers are needed.

“Next year we have five fronts of competition – in the MTN8‚ Telkom Knockout‚ Nedbank Cup‚ PSL [Absa Premiership]‚ and our number one target competition is the Champions League‚" Sredojevic said.

“So when we have all these we need to keep what was OK‚ and we need to upgrade a lot.