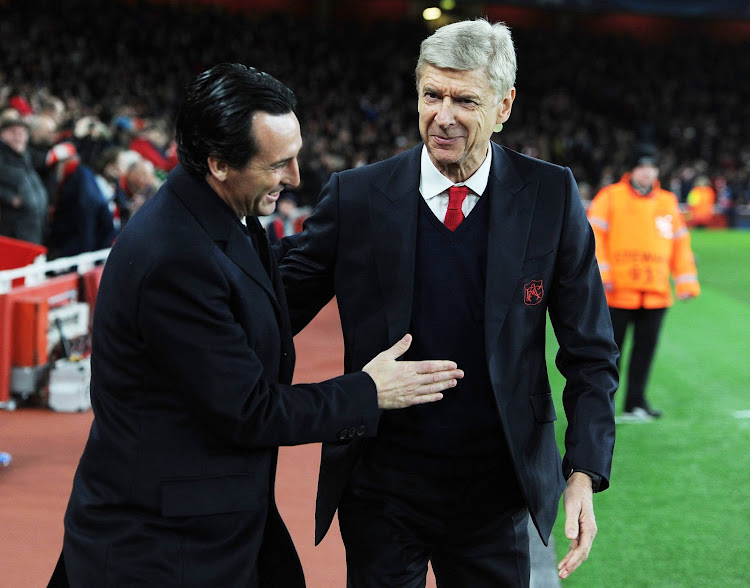 Arsene Wenger the Arsenal Manager with Unai Emery the Manager of PSG before the UEFA Champions League match between Arsenal FC and Paris Saint-Germain at Emirates Stadium on November 23, 2016 in London, England.
Image: David Price/Arsenal FC via Getty Images

Emery, who joined PSG in June 2016, left the French club at the end of this season, having led them to a domestic treble.

The 46-year-old had previously guided Spanish side Sevilla to three Europa League titles.

“Unai has an outstanding track record of success throughout his career, has developed some of the best young talent in Europe and plays an exciting, progressive style of football that fits Arsenal perfectly,” Arsenal chief executive Ivan Gazidis said in a statement.

“His hard-working and passionate approach and his sense of values on and off the pitch make him the ideal person to take us forward.”

Wenger departed the North London club at the end of last season after nearly 22 years at the helm, helping the team capture three Premier League titles and seven FA Cups.