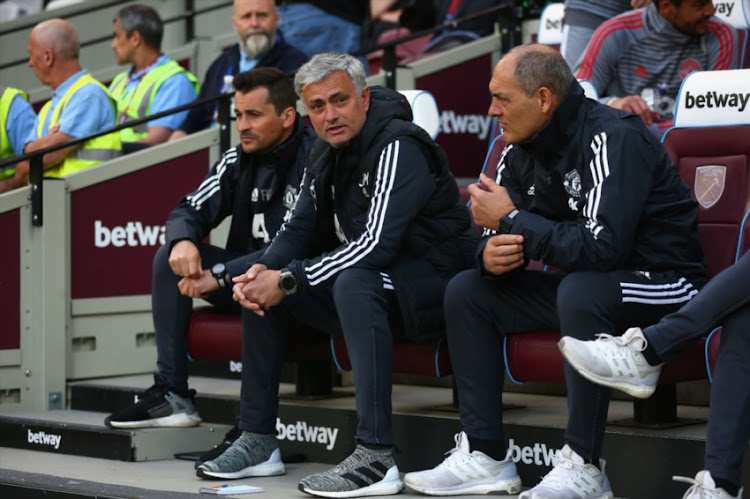 Jose Mourinho, Manager of Manchester United looks on prior to the Premier League match between West Ham United and Manchester United at London Stadium on May 10, 2018 in London, England.
Image: Steve Bardens/Getty Images

Manchester United are to send scout Omar Sciolla to the COSAFA Cup this year as the English Premier League giants run their eye over the talent on display at the Southern African championship.

Sciolla‚ who also attended the African Champions League tie between Horoya and Mamelodi Sundowns in Guinea on Tuesday‚ works mostly in West Africa‚ but will be heading south for the regional competition.

It is a chance for the many young players in the COSAFA Cup to put their best foot forward and perhaps catch the eye of Italian Sciolla‚ who has also previously scouted for Juventus.

Manchester United have had players from Southern Africa on their books before – Bafana Bafana star Quinton Fortune and‚ with less success‚ Angola forward Manucho.

South Africa coach Stuart Baxter has named a youthful squad for the tournament and for the likes of Maritzburg United midfielder Siphesihle Ndlovu‚ Sporting Braga forward Luther Singh and Orlando Pirates teenage striker Lyle Foster‚ it is a chance to impress.

There are likely to be a host of Premier Soccer League scouts at the two-week competition in Polokwane‚ with many coaches having selected strong squads to use in the tournament as preparation for the resumption of the African Nations Cup qualifiers in September.

The COSAFA Cup has a rich history of showcasing the region’s players to clubs‚ both locally and in Europe‚ with the likes of Benjani Mwaruwari‚ Chris Katongo‚ Dipsy Selolwane and Manuel ‘Tico-Tico’ Bucuane just a handful of players who rose to prominence at the competition.