BREAKING: Another attempt to stop Safa elections at High Court 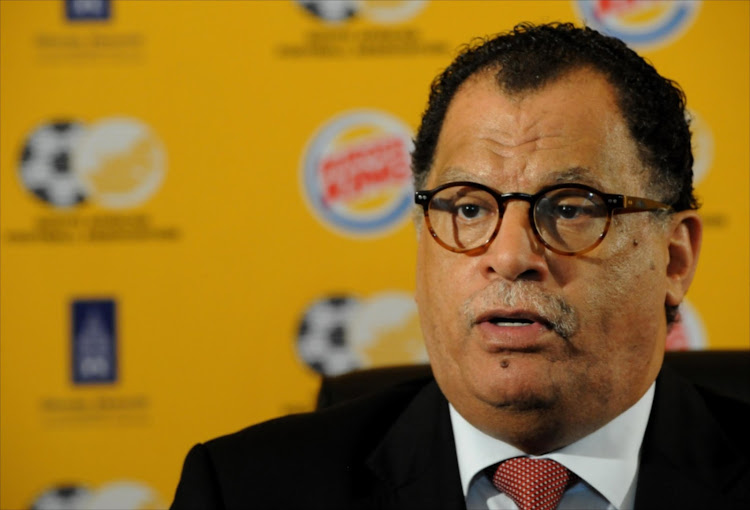 SA Football Association president Danny Jordaan is the favourite to win the elective congress on Saturday May 26 2018 to retain his post for another five-year term.
Image: Duif du Toit/Gallo Images

An urgent application has been brought at the Johannesburg High Court on Friday morning to halt the already chaotic South African Football Association (Safa) elective congress on Saturday at Sandton Convention Centre.

Incumbent Danny Jordaan is expected to be overwhelmingly elected for a second term as Safa president should the election go ahead.

The application has been brought by three Local Football Associations (LFAs)‚ Matsatsantsa Football Club and their owner‚ Sello Nkwana.

This application is based on agreements that were reached out of court between the LFAs‚ Safa Waterberg Region and Safa‚ on March 6 when an initial March 24 elective congress was put off.

Danny Jordaan is expected to be elected South African Football Association president for a second five-year term by an overwhelming majority in ...
Sport
4 years ago

In documents obtained by TimesLIVE‚ one of the terms of the order was that: “Danny Jordaan being the president of the Respondent [Safa] and [Dennis] Mumble being the Chief Executive Officer of the Respondent be prohibited to act against the High Court order dated 06 March 2018 with immediate effect or face 30 days direct imprisonment.”

The lawyer for the applicants‚ James Morero‚ said the application revolves around the unconstitutional election of members at LFA and regional level in Waterberg.

“The issues start from the LFA‚ where the team‚ Matsatsantsa FC‚ was excluded from participating in the LFA congress‚ and so also couldn’t participate in the [Waterberg] regional congress‚” Morero said.

“So there were individuals who were unconstitutionally elected to the LFAs who participated in the regional congress.

“So they say now that that is unconstitutional‚ and therefore if any congress is held by the national body‚ those people are participating‚ and some are also standing in the national congress.”

He said there were also Safa statutes regarding Saturday’s congress that had not been complied with.

“When they [Jordaan and Mumble] came to court [for the March out-of-court settlement] they said‚ ‘We concede’. And we said‚ ‘Next time we organise a congress we are going to do it in compliance with the constitution’.” Morero said.

“There were other issues that we were raising‚ such as that of the electoral committee that was handpicked by Danny Jordaan instead of being elected at a national assembly.

“What they did was they organised an extraordinary congress on April 28 where they ratified the committee.

“So we take it that it came into being on that date. If it did‚ then the statutes are clear that it can only start its job then‚ and its job should be started six months before the congress. So they have not complied with that statute.

Premier Soccer League (PSL) chairman Irvin Khoza has said that Danny Jordaan’s allegations against him fit a pattern of conspiracy theories that the ...
Sport
4 years ago

“They also‚ at that congress‚ appointed the new auditors (Price Waterhouse Cooper). Then the question is‚ on which audit is the congress that is sitting tomorrow going to be sitting?

“Is it the audit that was done by KPMG‚ which was withdrawn?”

Morero said Safa vice-president Lucas Nhlapo had provided confirmation to the applicants that Safa statutes were allegedly not complied with.

“On the initial application Lucas Nhlapo also made a confirmatory affidavit‚ simply because he was approached and asked‚ ‘Did your executive committee comply?’. And he answered that‚ ‘We didn’t comply’‚” Morero said.

Safa legal officer Tebogo Motlanthe said the urgent application a day before the elective congress‚ when the applicants had ample time from April to apply‚ made no sense.

“We are saying there are just a lot of points that are not on point‚ which we will show the court. More especially this urgency – it’s just a self-created one‚” Motlanthe said.

“Because they knew on April 28 about the elective congress‚ so they cannot just send the papers yesterday.”

Former referee Andile 'Ace' Ncobo is set to stand against Jordaan in the Safa election.

Andile “Ace” Ncobo has rubbished as lies statements by Safa chief executive Dennis Mumble and NEC member Poobie Govindsamy that he apologised for ...
Sport
4 years ago

Premier Soccer League (PSL) chairman Irvin Khoza has flatly denied allegations that emerged in this weekend‚ relating to a defamation and conspiracy ...
Sport
4 years ago

The power struggle for South African soccer took a new twist this week when Danny Jordaan, president of the South African Football Association, ...
News
4 years ago