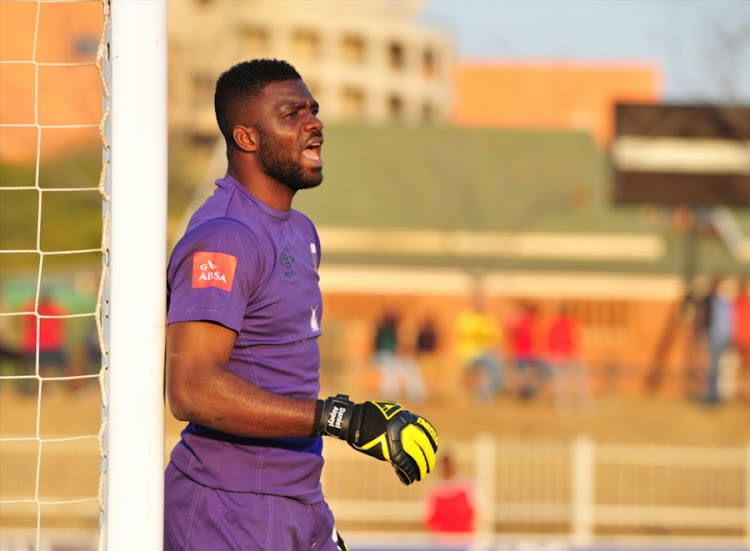 Daniel Akpeyi of Chippa United is the only Premier Soccer League player in South Africa who will be going to the 2018 FIFA World Cup in Russia.
Image: Philip Maeta/Gallo Images

Chippa United are not just going to boast about having a player at the Fifa 2018 World Cup in Russia‚ but they will also benefit financially.

Chilli Boys goalkeeper Daniel Akpeyi has made the cut for Nigeria’s 23-man squad‚ which will boast the club’s coffers with a minimum R2.5-million from world football’s governing body‚ subject to taxes and other deductions.

According to information on the Fifa website‚ “The programme is a fund that was designed to recognise the contribution that football clubs make in the successful staging of the Fifa World Cup”.

Chippa boss Siviwe Mpengesi told the Sowetan recently that the club could receive R4-million‚ but that’s dependent on how far the Super Eagles progress in the tournament.

South African Football Association (SAFA) officials have decided on the bid they will vote for in next week’s 2026 World Cup race but are keeping the ...
Sport
4 years ago

The share of the benefits of the 2014 World Cup was $70 million‚ which increased from the $40 million allocated for the 2010 World Cup.

This amount has risen once again for the 2018 World Cup‚ to $209 million [R2.6-billion]‚ and is managed by the Fifa Professional Football Department.

The amount of around $8‚530 is multiplied by the number of days each player is at the World Cup‚ starting two weeks before the opening match on June 14 until the day following the last match of his team (total per player).

The total per player is then distributed to the club (s) with which the player was registered during the previous two years.

Akpeyi has been with Chippa for three years since joining them from Warri Wolves‚ which means Chippa are entitled to the money.

Morocco's Ayoub Kaabi and Younes Belhanda scored in a 10-minute second-half spell to give the World Cup-bound side a convincing 2-1 win over Slovakia ...
Sport
4 years ago

Nigeria will be at the World Cup for a minimum 24 days‚ including the 14 days prior to the tournament that are included in the payout.

The programme was established ahead of the 2010 World Cup‚ which was hosted by South Africa.

A share of the benefits from hosting the tournament is distributed through the Member Associations‚ which includes the SA Football Association [Safa]‚ to clubs releasing players for the World Cup.

Tunisia include Khazri in final World Cup squad despite injury

Tunisia have included Wahbi Khazri, who has battled to overcome a thigh injury over the last month, and fit-again midfielder Mohamed Amine Ben Amor ...
Sport
4 years ago

To participate‚ a club completes the club application form‚ which serves as the basis of its participation in the programme.

Upon completion of the form‚ the club confirms its wish to receive payments for its contribution to the successful staging of the World Cup in accordance with various terms set out in the form.

Fifa adds: “It is not relevant whether or not the player actually played in any given match.”