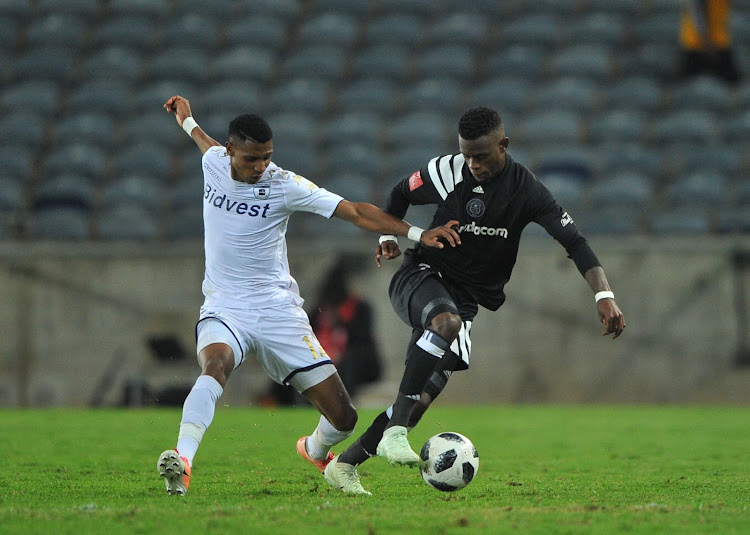 Vincent Pule of Bidvest Wits challenges Innocent Maela of Orlando Pirates. The two will be teammates for the 2017/18 season after Pirates announced Pule as one of their nine new players.
Image: Sydney Mahlangu/BackpagePix

Orlando Pirates have made their intentions to challenge for top honours clear with the announcement of nine new signings to bolster their squad ahead of what is expected to be a grueling 2017/18 season for the Buccaneers.

"More details on the signings will be made available closer to the start of pre-season. The nine players will join the rest of the squad when the team returns for pre-season training on June 18."

Pirates will compete in five competitions next season‚ including the Caf Champions League.

The Pirates squad will assemble for pre-season training on June.

The Absa Premiership is expected to start on the weekend of the August 3 to 5 2018.