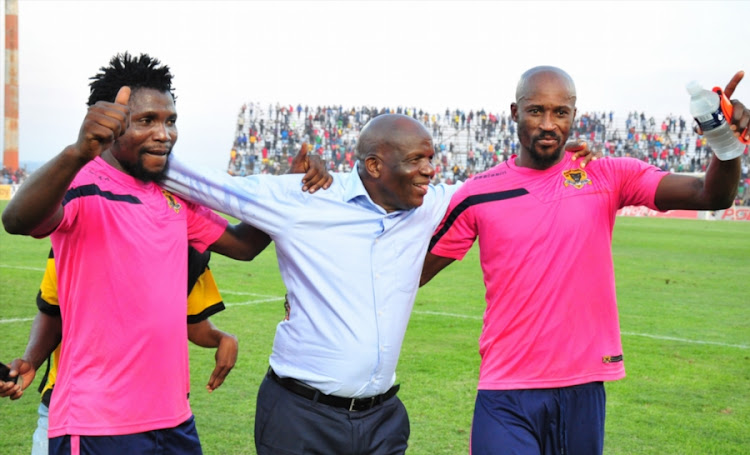 Black Leopards owner David Thidiela says he has no comment to make on the issue currently in the courts between the Premier Soccer League (PSL) and Ajax Cape Town‚ but adds he is continuing to prepare for the new season as a top-flight club.

“I won’t comment on that‚ it is not an issue for my club‚” Thidiela told TimesLIVE on Tuesday morning.

“It is a matter between the PSL and Ajax Cape Town and has nothing to do with Black Leopards.

“It is for the PSL to sort out the issue and bring it to a conclusion‚ but we are continuing to prepare for the Absa Premiership this coming season. That is all I will say on the matter.”

The ruling by Judge Denise Fisher on Monday that set aside the arbitration award by Advocate William Mokhari which sent Ajax to automatic relegation has placed Leopards’ top-flight future in doubt after they were promoted via the PSL’s Promotion/Relegation Play-Offs.

Ajax Cape Town have effectively been restored to 15th position in the Absa Premiership after their bid to set aside the ruling for arbiter Advocate ...
Sport
3 years ago

The result of those play-offs has now been called into question as Ajax were denied the opportunity to take part by Mokhari’s arbitration award.

Thidiela says his club will add significant value to the top-flight‚ with his club gaining better support than “99 percent” of Premiership clubs at their Thohoyandou stadium.

“People looked at the crowds that we got at the Thohoyandou Stadium during the play-offs because they were on TV‚ but I can tell you that we had those crowds all season. We filled up that place all the time.

“Those are people that are paying R30 and R20 for a ticket in the NFD and they are coming to watch us because we are their club. These people are our paying customers and they deserve to see top-flight football.”

Ajax were initially docked the points by Mokhari after being found guilty of fielding Zimbabwe striker Tendai Ndoro‚ despite the fact that they were his third club of the season‚ in contravention of FIFA rules.

The Cape Town club claimed there were extenuating circumstances though‚ as well as the punishment being too harsh‚ and that they had a mandate to play the player from the PSL’s Dispute Resolution Chamber.

The PSL released a statement on Monday saying they were studying the judgement by Fisher and would be guided by their legal team on what next steps to take.

Ajax Cape Town are “naturally pleased” but are still examining the latest judgement in their favour in the on-going Tendai Ndoro saga that has seen ...
Sport
3 years ago

Ajax Cape Town have confirmed they have opted not to renew the contract of striker Tendai Ndoro‚ compounding the costly mistake for the club in ...
Sport
4 years ago

Ajax Cape Town may have to wait another week to 10 days to hear their fate in the bid to have an arbitration judgement against the club set aside‚ ...
Sport
4 years ago