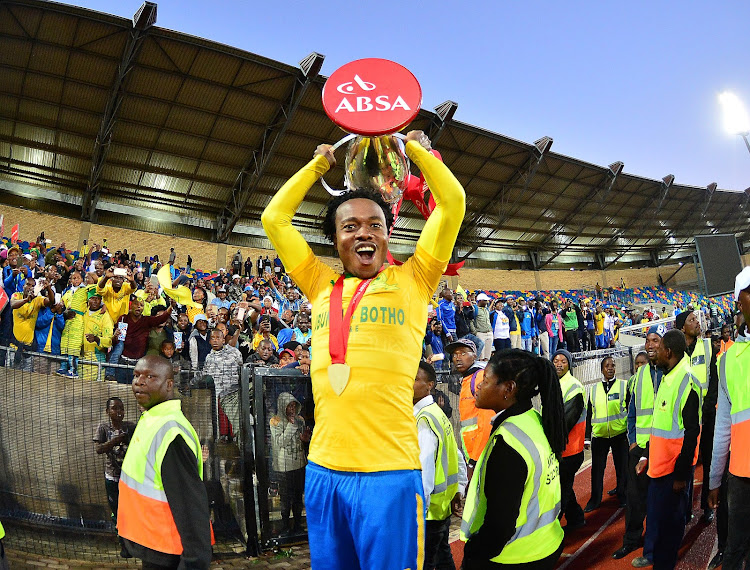 Mamelodi Sundowns star forward Percy Tau is throwing tantrums and refuses to report for pre-season camp and training as he tries to force the cub to release him to English Premier League outfit Brighton Hove & Albion.
Image: Samuel Shivambu/BackpagePix

The status quo remains in the potential transfer of Percy Tau to English Premier League side Brighton & Hove Albion‚ but the deal is not yet dead.

Brighton gave Sundowns an ultimatum last week to agree to a transfer or they would move on to other targets.

But the clubs are still talking‚ TimesLIVE can reveal‚ though as yet there has been nothing further to report in terms of a deal being reached.

Tau is desperate to win his dream move to the Premier League‚ but Sundowns are holding out for what they see as a fair price.

Brighton and Hove Albion have tabled a final offer for Percy Tau that is believed to be in the record-shattering region of R50-million and could even ...
Sport
4 years ago

The stand-off has seen Tau miss the start of pre-season for The Brazilians‚ while Sundowns have stated they are committed to seeing the player move to Europe‚ but only on terms that are favourable for the club.

Brighton have tabled a South African record R50-million offer for the Bafana Bafana forward‚ which could rise as high as R65-million with add-ons.

Sundowns are holding out for more‚ but face losing Tau for nothing this time next year‚ with the player able to sign a pre-contract with the English club in January.

Wantaway Mamelodi Sundowns star Percy Tau has still not reported for duty at the club's pre-season camp at the Royal Marang Hotel in Rustenburg and ...
Sport
4 years ago

Sources told TimesLIVE last week that the club are willing to bide their time to eventually get their man.

Sundowns have already lost Bongani Zungu and Khama Billiat for free in recent years‚ and to see a deal of this size slip from their grasp would be another blow to a club that is trying to present the image of one that will not stand in the way of their best players.