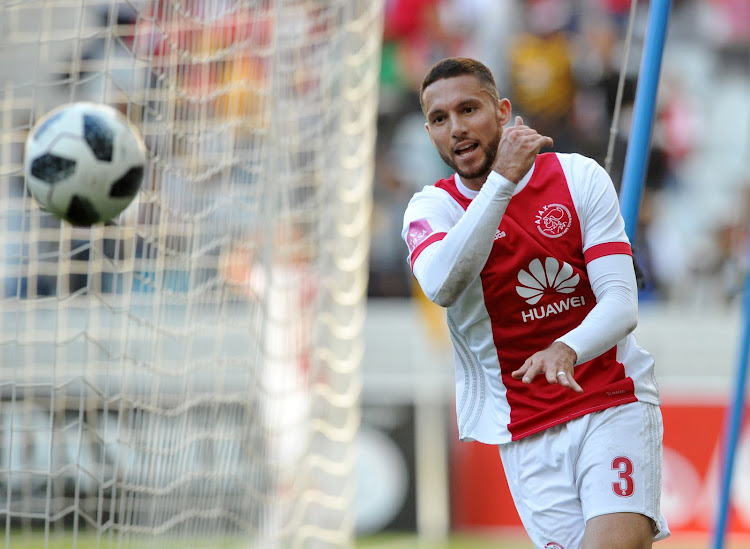 Former Ajax Cape Town defender Roscoe Pietersen is training with Highlands Park as he seeks to win a contract with the newly-promoted Absa Premiership side.

Pietersen‚ who has also played for SuperSport United and AmaZulu in the South African top-flight‚ is working under the eye of coach Owen da Gama.

His departure from Ajax was confirmed on Monday as he ended a two-year stay in the Mother City despite being a regular fixture in the first team for much of his time at the club.

The versatile 29-year-old‚ who can play in midfield or defence‚ made 20 appearances for Ajax last season‚ his last in the 2-1 final day defeat to Kaizer Chiefs.

Mamelodi Sundowns owner Patrice Motsepe has instructed the team’s management to finalise a deal to take Percy Tau to English Premier League side ...
Sport
4 years ago

Highlands Park are seeking to add experience to the core of their squad‚ and have already signed centre-back Bevan Fransman and Botswana international left-back Lesenya Ramoraka for the coming campaign.

“We will retain most of the players from last year‚ but we are also looking for three or four players with experience to add to that‚” Da Gama confirmed to TimesLIVE.

Pietersen made his debut in the 2011/12 season as he helped Chippa United win promotion from the National First Division‚ before moving to SuperSport the following campaign.

Danny Jordaan has been asked to avail himself for a top position in Fifa that could see the South African Football Association (Safa) president ...
Sport
4 years ago

He never quite managed to nail down a first team place in two-and-a-half seasons there‚ spending the final six months on loan at AmaZulu.

He returned to the NFD for a season with Vasco da Gama‚ before being signed by Ajax in July 2016.

He made 44 appearances in all for the Urban Warriors over two seasons.