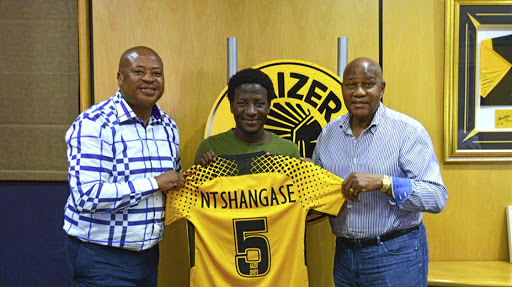 The chance of Stuart Baxter returning to Kaizer Chiefs appears to be diminishing with each passing day with his contract as Bafana Bafana coach proving to be a huge stumbling block.

Asked if Chiefs had spoken to Baxter‚ or tried to lure him back to Naturena‚ Amakhosi's football manager Bobby Motaung was evasive and would not issue a complete denial.

TimesLIVE has been informed that the Baxter option was on the cards but given that the Bafana coach's contract with the SA Football Association (Safa) runs until 2022‚ negotiating a way past this obstacle came with considerable complications.

Motaung’s response to that was: “I don’t know anything. I can’t respond to sources and rumours.”

The South African Football Association (Safa) and Kaizer Chiefs are working on an intricate plan that could see beleaguered Bafana Bafana coach ...
Sport
3 years ago

Did Chiefs ever speak to Baxter‚ and was there ever a possibility there?

“We’ve said in the past that we’ve interviewed people.

"And if we would have to unveil names of people it would be a violation of people’s rights‚” Motaung said.

“I’ll only announce names of people I have signed. I can’t contradict myself and say that‚ ‘We wanted this one’.

“ … We have talked to a lot of people so we can’t even mention their names.”

Ajax Cape Town are believed to be in talks with Bloemfontein Celtic in a bid to convince the Free State club's owner Max Tshabalala to agree to a ...
Sport
3 years ago

Put to Motaung that his response did not include an outright denial‚ he said: “I’m not commenting on anything. I don’t want to put anybody in trouble.

“I’m saying‚ whoever I have spoken to‚ unless those people comment about it‚ then OK‚ I can say‚ ‘Maybe we engaged’.”

As Chiefs’ search drags on‚ public speculation‚ and that of their fans‚ is that the club’s management did not move quickly enough after Steve Komphela’s departure‚ and perhaps even waited until last season ended to begin canvassing in earnest for a new coach.

The public reaction has been that‚ as Amakhosi enter their third week of preseason under Komphela’s assistant‚ current caretaker Patrick Mabedi‚ it has not looked good for a giant club like Chiefs.

Motaung responded: “But didn’t you see the Star newspaper yesterday [on Monday] and what I said? I clarified it‚ I clarified it again‚ and I can’t repeat it to you again.

“What I said is that getting a coach is a process. It’s not like: wake up‚ suck thumb. And we’re not under pressure as Chiefs to make hasty decisions.

“We have to make a call for a person who we feel is going to do a job for us.

“You people [the media] are impatient‚ but we are not. We are dealing with things procedurally.

“Chiefs has not had three months [to search for a coach]. Chiefs has had 48 years to be run. It still has another 48 years to go.”

Motaung appealed for patience from Chiefs’ success-starved fans‚ saying that even when the new man was appointed‚ the process of Amakhosi becoming a winning team again might not necessarily happen overnight either.

“It’s a plea that we’re making‚ once more‚ that we are running an organisation that has got the concerns of people‚ of the players‚ the fans‚ and of the ambitions that we have in the organisation‚” he said.

“We are dealing with the matter. We are not on holiday – I didn’t even go to Russia for the World Cup.

“We want to win trophies. But the coaches we have approached have not been available. So we have had to start up again and search.

“We will definitely get the right man for the job. And when we appoint that person‚ still people need to have some patience for people to adapt and work with the club.

“It’s not going to be a person who we bring in and is going to produce magic.”