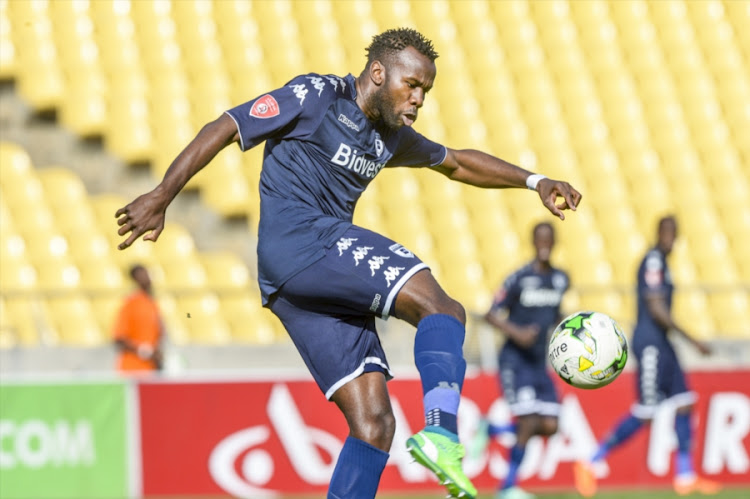 Former Bafana Bafana captain Bongani Khumalo, pictured here during the Absa Premiership match between Platinum Stars and his now former club Bidvest Wits at Royal Bafokeng Stadium on May 12, 2018 in Rustenburg, says he can still play at the highest level for the next few years.
Image: Sydney Seshibedi/Gallo Images

The 31-year-old former Tottenham Hotspur centre-back feels he should be in the prime of his career as he assesses his options ahead of the 2018/19 campaign as a free agent.

“I am still hungry and desperate to achieve things‚” he told TimesLIVE.

“I still think I have a good few years left in me.

"In fact‚ at my age these should be the best years for a centre-back.

Mamelodi Sundowns owner Patrice Motsepe has instructed the team’s management to finalise a deal to take Percy Tau to English Premier League side ...
Sport
4 years ago

“I am very much keeping an open mind about my options and looking for a club that has vision and a good idea of where they see themselves in the future.

“In terms of where that club is situated‚ that is probably the least important thing for me because I have always moved around a lot in my career.”

Khumalo adds that he brings not only experience‚ but also a wealth of knowledge for younger players after five years spent playing in England and Greece.

“I have gone through some difficult times in my career‚ both at home and abroad‚ and I feel like this is the best time to share that.

“One of the most challenging things in football is the ability to adapt to different environments.

"That might be hard for people to understand‚ but it is a real issue‚ especially for young players.

“I went out on loan a lot when I was at Tottenham because the most important thing for me was to get game-time‚ get minutes under the belt and become a better player.

“As a young player it is not about the glamour of playing for X or Y‚ you just need to get minutes in matches to keep on learning.

"Even now I feel like I am learning all the time.”

Khumalo made his professional debut with University of Pretoria‚ before winning three PSL titles in as many years at SuperSport United between 2007 and 2010.

That led to a move to English Premier League Tottenham‚ but he failed to break into the first team‚ having loans at Preston North End‚ Reading‚ POAK (Greece)‚ Doncaster Rovers and Colchester United.

He returned to SuperSport in 2015‚ but left for Wits after a single season.

He was not retained by the Clever Boys for the coming campaign as they conduct an overhaul of their squad after a disappointing 2017/18 season.

He won the last of his 42 caps for Bafana in an Africa Cup of Nations qualifier victory over Sudan in November 2014 during the early part of coach Shakes Mashaba’s reign.