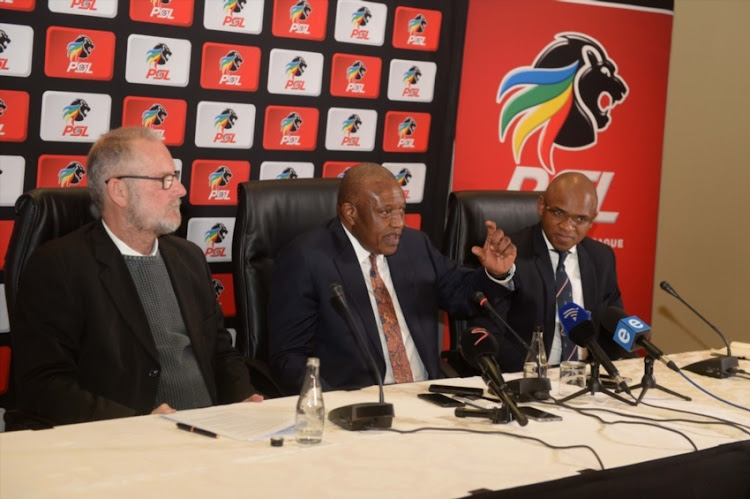 The Premier Soccer League (PSL) believe that Judge Denise Fisher was wrong to set aside the arbitration that saw Ajax Cape Town relegated‚ the league’s head of legal‚ Michael Muphy‚ has said.

Murphy‚ explaining why the PSL will seek leave to appeal Judge Fisher’s High Court decision reinstating Ajax in the top-flight in relation to the eligibility of Zimbabwean striker Tendai Ndoro‚ said the league had taken legal advice on the matter.

“You will recall that on May 15 Advocate [Wiliam] Mokhari sat as the Safa arbitration tribunal‚ and normally that’s the final stage in a process like this. And he handed down a ruling‚ which‚ perhaps naively‚ I hoped was the end of the matter‚” Murphy said.

“Ajax Cape Town and Mr Ndoro asked for three things – to set aside Mr Mokhari’s award‚ to order that Ajax Cape Town finished the league in the 15th position and thirdly to set the [PSL promotion] playoffs aside. She refused to grant the last two aspects.

“The reason she set Advocate Mokhari’s award aside was on a very narrow technical basis.

“The issue‚ she said‚ was of jurisdiction‚ which relates here to an international transfer. The body to make a finding on that‚ she said‚ was the Fifa Players Status Committee.

“With a lot of respect‚ and it’s a very interesting judgment for Judge Fisher‚ but we believe‚ and having taken legal advice and consulted with Safa‚ that she was wrong.

“She was wrong because there is a difference between the jurisdiction that relates to orders you get from a tribunal like the DRC (Dispute Resolution Chamber) of the PSL‚ and the Fifa Players’ Status Committee‚ and the Disciplinary Committee.

“And the rule‚ as you see in Rule 54 of the NSL Handbook‚ says that misconduct is a breach of various things‚ one of which includes the Fifa statutes‚ which are defined widely‚ and they include the Fifa regulations.

“So simply put we believe that the prosecutor of the league [Nande Becker] was correct in formulating charges.

“If we are right on that then Mr Mokhari was right to hear it‚ and he dealt with the matter. And that should be the end of it.”

Confusingly‚ while Fisher ruled that jurisdictionally Fifa should deal with the Ndoro matter‚ when it was referred to the Fifa’s Player Status Committee in April‚ the committee sent it straight back to the SA Football Association. The Fifa committee said South Africa has internal processes in place to deal with the case.

PSL chairman Irvin Khoza‚ after the league’s Executive Committee reported back to a Board of Governors meeting on Thursday on their intention to appeal‚ said that the league had gone through the correct processes throughout the prolonged matter.

“We are satisfied that as a league we did everything correctly. On day one‚ when this matter surfaced‚ there was an urgent meeting of the Executive Committee to resolve this matter as quickly as we can‚” Khoza said.

“What the NSL Handbook says is go to a Senior Counsel for an opinion. We did that on the Thursday.

“On the Friday before we got the letter in response from the SC‚ that’s where Ajax took another direction to the DRC. That’s where things got out of control.”

The Ndoro matter relates to a Fifa regulation that a player may not turn out for more than two clubs in a season.