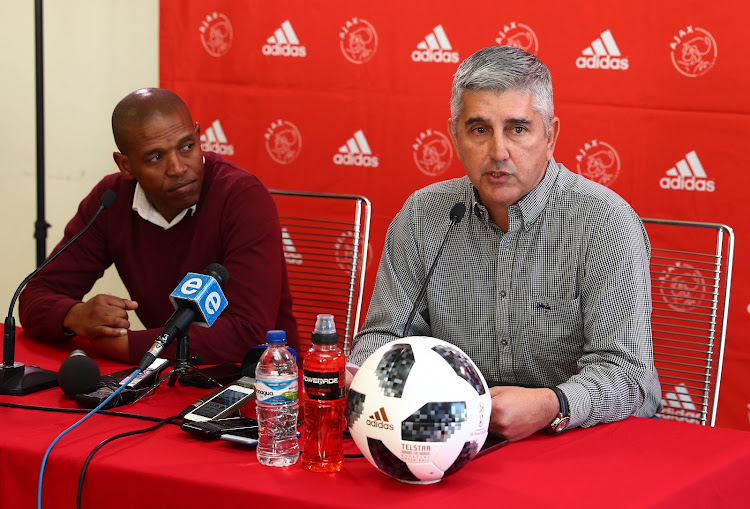 Ajax Cape Town have confirmed that they will launch an interdict to have the start of the new Premier Soccer League (PSL) season‚ scheduled for the weekend of August 3-5‚ halted while the matter involving Tendai Ndoro is still before the courts.

Ajax are finalising their papers on Tuesday and will be approaching the South Gauteng High Court as soon as possible to have their case heard.

At the same time‚ the club will be opposing the PSL’s application for leave to appeal Judge Denise Fisher’s setting aside of an arbitration ruling in the eligibility case of Ndoro that had seen Ajax relegated at the end of last season.

The Premier Soccer League have resolved on a two-pronged approach on their appeal of the High Court decision to reinstate Ajax Cape Town from ...
Sport
3 years ago

Fisher ruled earlier this month that the arbitration award of Advocate William Mokhari should be set aside as the correct forum to hear the matter was FIFA’s Player Status Committee.

Ajax will also launch an application that says should Fisher give the PSL the right to appeal her verdict‚ it will still stand until that process is complete.

And club CEO Ari Efstathiou told reporters on Tuesday that he believes if the matter is sent to FIFA‚ they will again return it to SA Football Association (Safa) and PSL as there are bodies within those organisations such as the Dispute Resolution Chamber‚ which originally found in the favour of Ajax in the matter‚ to hear such cases.

Back to harsh reality for Croatia after stellar World Cup run

It was a dream run that came agonisingly close to being crowned with a World Cup title but for Croatia now comes a return to a harsh soccer reality ...
Sport
3 years ago

“Ajax have stated time and again that we are willing to sit around the table and discuss a solution with all the interested parties‚ but this has been rebuffed‚” Efstathiou said.

“We are now left with no other option but to proceed with the action we are taking.

"I have told the Board of Governors that this is not a personal issue‚ it is a business decision‚ and that in our shoes any of them would have done the same.”

Efstathiou also says the fact that the PSL’s eight-member executive committee‚ the body that first made the decision to appeal the DRC’s initial findings in favour of Ajax and has now subsequently decided to appeal the judgement of Fisher‚ has been conflicted in their decision-making all along.

Mamelodi Sundowns will have to create a piece of club history if they are to beat AS Togo-Port in their Caf Champions League Group C clash in Lome on ...
Sport
3 years ago

“At the time Pirates were going for the League‚ while Golden Arrows‚ Wits‚ SuperSport and Celtic were facing possible relegation‚ so they were conflicted in the decision to appeal the outcome of the DRC‚” Efstathiou said.

“With the decision to appeal the judgement of Judge Fisher‚ Black Leopards and SuperSport‚ who want to be given a place in the MTN8‚ are conflicted as well.”

Efstathiou also questioned why SuperSport‚ when they tried to register Lebo Manyama last season‚ were warned by the PSL about the three-club rule‚ but Ajax had not received the same courtesy‚ which would have set off alarm-bells at Ikamva.

Mamelodi Sundowns will be hoping for a return to goal-scoring form for New Zealand striker Jeremy Brockie‚ whose drought in the opposition box is ...
Sport
3 years ago

Mokhari stripped Ajax of the points gained in wins over Platinum Stars and SuperSport United‚ as well as a draw with Polokwane City‚ last season and awarded the matches 3-0 to their opponents.

This after Ajax fielded Ndoro‚ his third club of the 2017/18 season‚ initially in error and then with the support of the DRC.

Ajax suggest that the ruling was unprecedented and too harsh‚ while Fisher maintained that the only body that can properly adjudicate the matter is FIFA’s Player Status Committee.