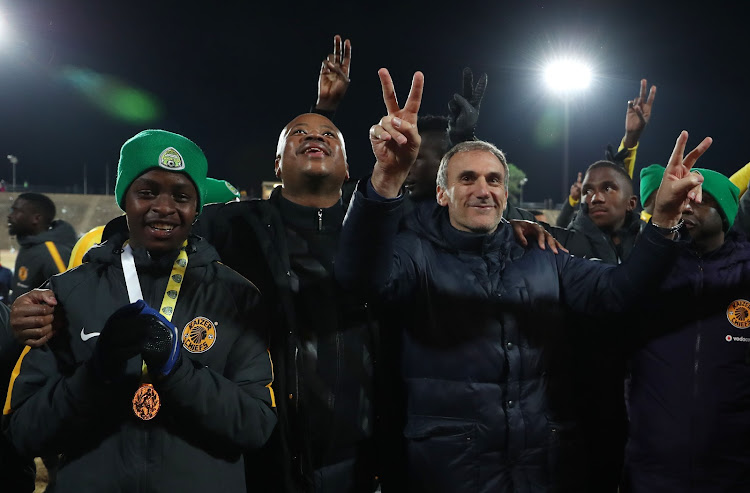 Free State Stars general manager Rantsi Mokoena says new Kaizer Chiefs coach Giovanni Solinas is a workaholic‚ plans superbly‚ is an excellent manager of players – and who knows if that means the Italian can succeed at Amakhosi?

Mokoena knows Solinas better than any other leading club official in South Africa having worked with the coach in his only two stints in the Premier Soccer League – both with Stars in 2015-16 and 2016-17.

The Stars general manager’s view of Solinas is interesting‚ as the Italian’s lack of track record winning trophies has been brought under sharp focus soon after his appointment was announced by Chiefs on social media on Friday.

Chiefs have just gone three seasons without a trophy under Steve Komphela.

Their appointment of a 50-year-old successor who has not won a major trophy at clubs in Algeria and Saudi Arabia‚ and has never completed a full season at a club‚ including Stars‚ has raised eyebrows‚ to say the least.

“The guy is a typical European.

“Whether or not he will survive at Chiefs I don’t know. Because there are different types of players‚ a different type of pressure and all those things.

“But you know how it is. You need a bit of luck. At Chiefs‚ in every game there’s pressure. You can’t go three games‚ win two and lose one. You must win five.

“But I mean generally I think the guy did very well at Stars. We got on very well. He’s a great manager of players.

“And his team’s organised. I mean we played great football under him.”

He takes an intellectual but accessible approach to football that saw Stars reach two semifinals – in the 2016 Nedbank Cup and Telkom Knockout – under him‚ though they ultimately struggled for consistency in the league.

“I can probably guarantee that by the time he went for the interview at Chiefs‚ if he had an interview‚ that he probably knew everybody who works at Naturena.

“By the time he plays against a team he knows everything about them‚ every player‚ every weakness. He’s properly organised.

Solinas‚ who still did not have his work permit‚ watched from the stands as Chiefs won the preseason Maize Cup in Orkney on Saturday‚ beating ABC Motsepe League Buya Msuthu 2-0 in the semifinal and Free State Stars on penalties in the final.