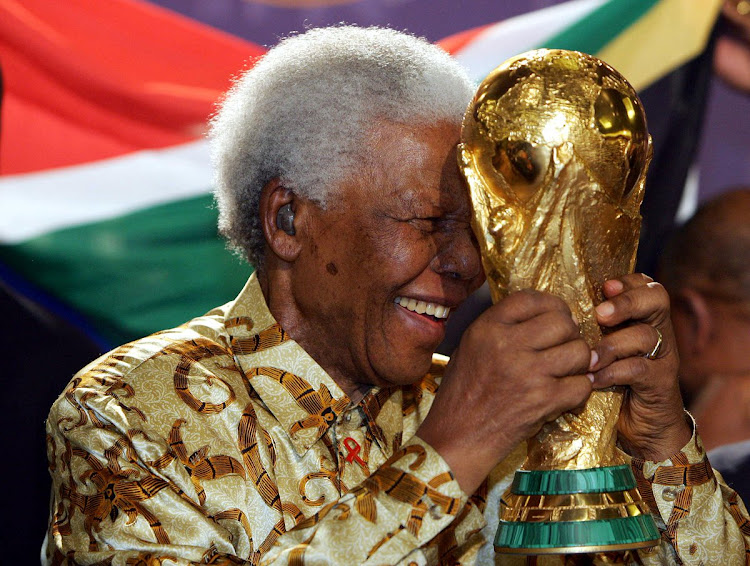 From packing food parcels to handing out clothes‚ computers‚ school shoes and blankets‚ the sporting fraternity joined hands with the rest of the world in celebration of Mandela Day.

Some of the local soccer players preparing for the coming Absa Premiership season took to social media to convey their best wishes to struggle icon President Nelson Mandela on what would have been his 100th birthday celebration.

Mandela Day is an annual international day in honour of the beloved former statesman‚ who died in December 2013‚ and it is celebrated each year on his birthday on July 18 around the world.

Ajax Cape Town CEO Ari Efstathiou says the club have been left in limbo ahead of the new 2018/19 season‚ unsure what type of player they need for the ...
Sport
4 years ago

The Federation International Football Association (FIFA) took to social media to convey their message of support.

Remembering a great man who helped bring the #WorldCup to Africa 🏆

The Springboks‚ who are at KIN Culture‚ an orphanage based in Cape Town‚ said on Twitter: "As the sun rises over Africa‚ we embrace the vision that Nelson Mandela lived‚ and was prepared to die for.

The #Springboks have arrived at @KCvillage, an orphanage based in Klapmuts to deliver some blankets. #Mandela100 #MandelaDay pic.twitter.com/Y215nnDoIt

Chippa United communications manager Luthando Zibeko tweeted a picture of himself handing computers at a Leamogetswe Safety Home in Pretoria‚ with words: "Luthando Zibeko Foundation @LTZFoundationZA will launch a Resource Centre in September for the children at Leamogetswe Safety Home in Pretoria as part of celebrating the legacy of Dalibhunga #Mandela100.

"I thank God for giving us strength to continue with our work."

PSL champions Mamelodi Sundowns also played their part‚ despite hitting a new low in their Caf Champions League campaign in Lome on Tuesday when they slipped to a disappointing 1-0 Group C loss to AS Togo-Port to continue their winless streak in West Africa.

We honored the father of our nation with the Nelson Mandela Centenary Challenge when we took on FC Barcelona, but today from your example, we all seek to do better! #BeTheLegacy #MandelaDay pic.twitter.com/NTRw2YYuEr

Cape Town City players and their backers took time away from the office to spend the day packing food parcels at Grand West Casino in Cape Town.