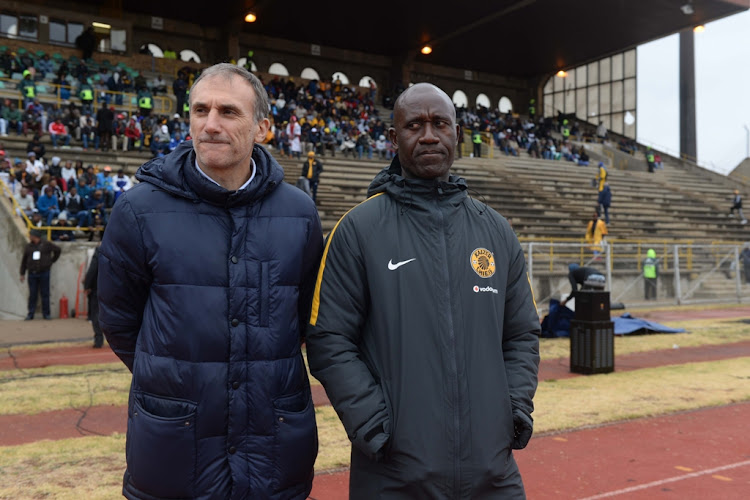 Giovanni Solinas reminded Siphiwe Tshabalala on his arrival at Kaizer Chiefs how the midfield playmaker used to “kill” the Italian when he was coaching at Free State Stars‚ Amakhosi’s veteran kingpin has said.

One such occasion was a 2-2 draw at Goble Park on May 11‚ 2016‚ where Tshabalala scored the equaliser against his old team two minutes into added time.

“For me it’s always a special game when I play against Free State Stars.

"They will always have a special place in my heart‚” Tshabalala said.

“They gave me a platform when I was a nobody‚ and that opportunity to play. So I will always be grateful.

EXCLUSIVE: We reveal the latest developments in the drawn out Percy Tau transfer

Percy Tau will sign for Brighton and Hove Albion on Thursday in a deal worth more than R50-million but will not be playing for the English Premier ...
Sport
3 years ago

“Funnily enough‚ whenever I play against them I seem to score. I don’t know if it’s good or bad.

“But it’s not personal. It’s business. And I love them.”

Solinas was coach of Stars for spells in the 2015-16 and 2016-17 seasons‚ reaching Nedbank Cup and Telkom Knockout semifinals.

“He had a brief chat with me – I don’t know whether he was joking or not – that when he was there [at Stars] I used to kill him.

New Kaizer Chiefs coach Giovanni Solinas has begun to familiarise himself with his surroundings at the club's Naturena headquarters as he awaits his ...
Sport
3 years ago

“So now we will kill others with him‚” Tshabalala said.

Solinas’s was one name‚ as Chiefs sought a new coach after Steve Komphela’s departure in April‚ which was not linked with Amakhosi in that period.

The 50-year-old’s announcement as coach on social media on Friday came out of left field.

“Personally‚ I told myself that whoever came in I would respect them and I would do my job‚ and I would also do my part in terms of helping the coach‚” Tshabalala said.

“I wouldn’t say it was a surprise because I was expecting anyone.”

Chiefs have said that Solinas has started taking training sessions as he awaits his work permit.

The standoff between Ajax Cape Town and the Premier Soccer League (PSL) over the drawn out Tendai Ndoro eligibility saga stepped up a notch after the ...
Sport
3 years ago

The new coach is at a disadvantage of arriving three weeks into Chiefs' preseason‚ which has so far been overseen by assistant-coach and caretaker Patrick Mabedi.

“I’m sure coach Mabedi has briefed him‚ and given him the report-back from the beginning of the preseason‚” Tshabalala said.

“He [Solinas] is hands on now. He’s in charge. And we are working very hard.”

The new coach is not expected to be on the bench when Chiefs meet Mamelodi Sundowns in the preseason Shell Helix Ultra Cup at FNB Stadium on Saturday.