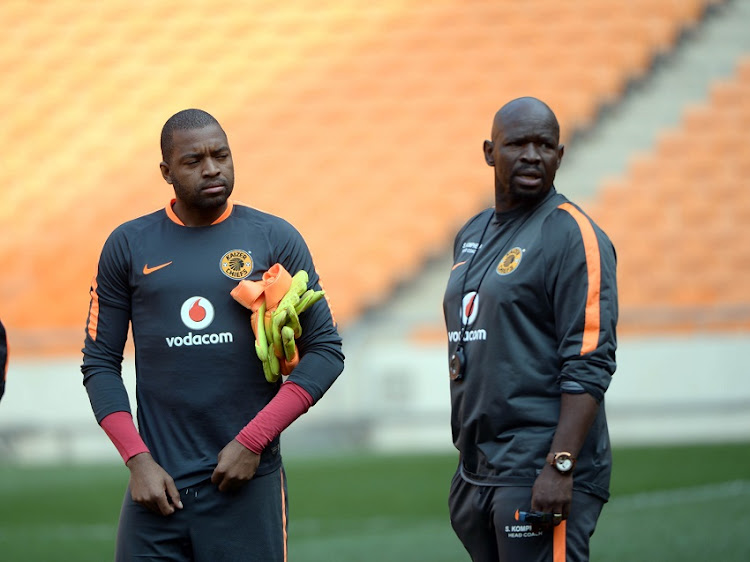 Steve Komphela has said that responding to goalkeeper Itumeleng Khune’s statement that Kaizer Chiefs’ players found it hard to understand the coach during his trophyless tenure at Naturena would cost him his dignity.

Khune on the weekend expressed his optimism that Chiefs’ players would grasp the philosophy of new coach Giovanni Solinas‚ whose appointment was announced on Friday.

The keeper also expressed an opinion that he and his teammates struggled under Komphela because they could not adjust to what the coach wanted during his three seasons at Amakhosi.

Komphela left Chiefs in April approaching the end of three seasons without a trophy at the Soweto giants.

Itumeleng Khune expressed optimism that the players will adjust well to the tactics of new Kaizer Chiefs coach Giovanni Solinas after admitting to ...
Sport
3 years ago

The coach‚ who joined Bloemfontein Celtic this off-season‚ said he would not comment on Khune’s claims‚ feeling that weighing in on what his former first-choice goalkeeper insinuated would taint his dignity.

“Three years at Chiefs – had the best of my time. I remained highly respecting and dignified. I am not going to spoil that‚” Komphela said at the gala dinner of the SAB Under-21 National Championships in Durban’s Greyville Convention Centre on Thursday night.

The ex-Glamour Boys tactician‚ who endured a trying three seasons at the club‚ was also not prepared to disclose his thoughts on his successor Solinas.

“I have always refused [to comment on my successors] – that’s why you’ve [the media] have been hunting me to talk. I cannot commit an error today‚” Komphela said.

“It would erase years of dignity and respect. I have survived years of onslaught‚ I can’t commit an error today.”

The Celtic coach gave encouragement to players involved in this year’s U-21 championships‚ saying they must draw inspiration from newly-crowned 19-year-old World Cup champion Kylian Mbappe of France.

“Mbappe is as young as these players in this SAB competing. They must motivated. They are the future of SA‚” Komphela said.

The U-21 championships kicked off this week.