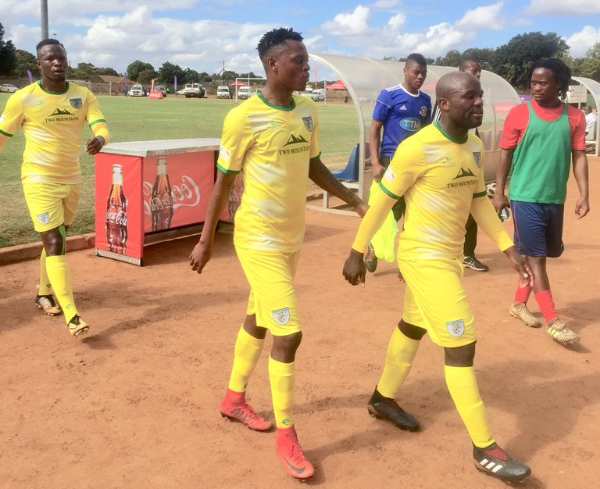 Baroka FC players leave the field for the dressing room for the half time break during their pre-season friendly match against provincial rivals and NFD outfit Tshakhuma Tsha Madzivhandila at Giyani Stadium on July 22 2018.
Image: Baroka FC/Twitter

Baroka Football Club are no longer new boys in the top flight of South Africa and must be seen as part and parcel of the Premier Soccer League (PSL)‚ said chief executive officer Morgan Mammila.

Baroka will embark on their third season in the Absa Premiership when they kick off away against AmaZulu next week‚ and have set themselves a target of a top eight finish.

“Our target is to play and to do well in all the major competitions and that means qualifying for the MTN8. So‚ a top eight finish is the least we are aiming for.”

Baroka‘s first season after promotion saw them end second from bottom‚ but stay up after winning the post-season playoffs.

In the last campaign they were among the early season leaders before sliding down to end in 14th place‚ one better than that maiden campaign.

Former Kaizer Chiefs striker Wedson Nyirenda has taken over as coach‚ having given up his job as Zambian national team boss – and Mammila said that‚ like all new coaches‚ he has arrived “bringing new energy and‚ like all of us‚ wants to win the league”.

Absa Premiership side Baroka FC have signed Ubuntu Cape Town striker Ranga Chivaviro‚ adding yet another forward to their squad for the new season.
Sport
3 years ago

Baroka‚ who travel to Johannesburg this weekend for a warm-up friendly against Orlando Pirates‚ have been active in the transfer market with a bevy of new signings. They have sought to clean house‚ but say the door is now closed.

“It would have to be a really special player if we were to sign anybody now. Maybe if Ronaldo came to South Africa‚” he quipped.

Baroka have brought in ex-Chiefs players Emmanuel Letlotlo and David Zulu to bolster their attack‚ and Zama Dlamini‚ formerly with Chippa United‚ as goalkeeping cover.

Kaizer Chiefs striker Emmanuel Letlotlo will get the chance to kick-start his career after signing on loan for Baroka FC in the coming campaign.
Sport
3 years ago

From the amateurs ranks‚ they have also added centre back Bonginkosi Makume and striker Siseko Manona.

The club is away at AmaZulu on the opening day of the new season next Saturday and play their first home game against Cape Town City in Polokwane on Wednesday‚ August 8.