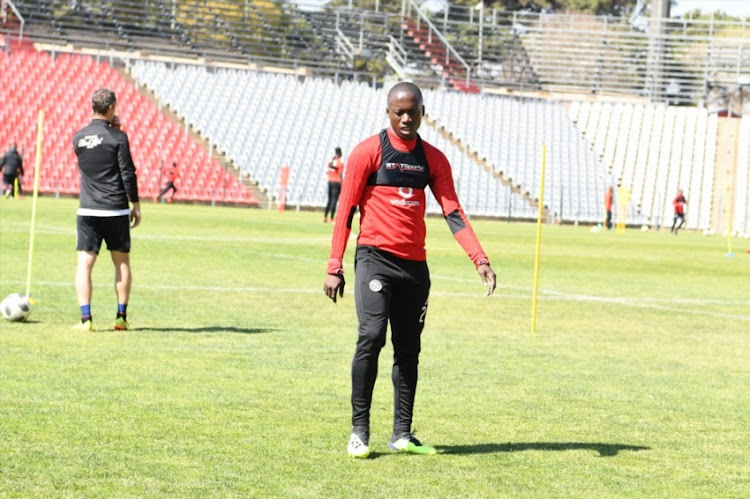 Ben Motshwari has alleged that Bidvest Wits coach Gavin Hunt failed to communicate to the midfielder why he had been benched following a season where he was instrumental in the Clever Boys’ first league title.

He and other players – such as fellow midfielder Phumlani Ntshangase – then found themselves in the stands when Hunt rebuilt his side significantly last season.

The move backfired for the coach‚ as the champions plummeted to a humiliating 13th.

Motshwari’s description of it appears to confirm speculation‚ and some reports‚ that Hunt’s insensitive meddling resulted in the collapse.

“You win the league this season‚ and then next season you’re nowhere. It’s just a surprise‚ regardless of which players come in and who goes out‚” Motshwari said.

“I mean‚ you made history at the club with a league title after 96 years. And then‚ all of a sudden … .

“But for me‚ I wouldn’t say it killed me. It came as a motivation that whatever step I take in my career I still have to work hard.”

Somewhat startlingly‚ Motshwari relates that Hunt never really explained to the player why he’d been benched.

“You know my previous coach is one of a kind. He’ll always encourage you to work hard‚” Motshwari said.

“But in this instance‚ I don’t even have words for it. Because he never spoke to me.

“It was very emotional. But then it happened‚ and that’s life. I can’t do anything about it. Just keep on working hard and move on.”

Asked to elaborate‚ he said: “You know our coach‚ when you come back from a preseason he will just welcome the guys‚ and everything starts from the first day and you work hard.

“So‚ you as a player would think the coach [would say]‚ ‘Come here my boy’‚ and encourage you from the last season. Say‚ ‘Hey you have to pick up from where you left off’‚ and stuff like that.

“Then you know as a player you are already in the plans of the coach. But it never happened. So then I found myself sitting in the stands.”

Motshwari was asked if being benched made it an easier decision to leave Wits for Pirates.

“It wasn’t easy for me. But at the same time I thought of me sitting in the stands and not playing‚” he said.

“And it came to my mind that‚ ‘I think it’s time for a change for me. Go compete with the best’.

“Because as you know Pirates are a big club‚ the supporters are demanding. So for me it’s a challenge‚ I have to work hard towards it.”

The player declined to condemn his perceived confusion at the treatment he and other players received at Wits for the club’s collapse last season‚ but also did not deny it.

“For me‚ personally‚ it was a bit sad winning the league and then the next season being on the bench‚” Motshwari said.

“Answering your question – ‘did it cause confusion for the guys?’ – whoever played in the past season deserved to play. The guys were winning games‚ sometimes they were losing games.

“So for me it’s like‚ some questions I just can’t answer. They can answer those questions.”