Itumeleng Khune returns from leave to give Kaizer Chiefs a boost 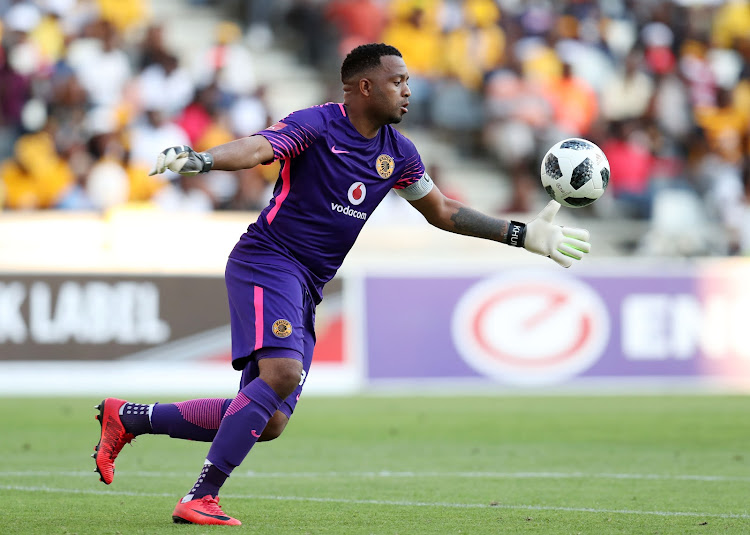 Itumeleng Khune will travel to Limpopo with his Kaizer Chiefs team-mates to face Baroka FC at the Peter Mokaba Stadium on Tuesday night after returning from leave.

Khune sat out Saturday night's MTN8 quarterfinal encounter against Free State Stars and according to the club’s corporate communications manager Vina Maphosa‚ the goalkeeper was on leave.

Maphosa said Khune would be available for selection as Chiefs go in search of their first league win of the new Absa premiership season.

"Yes Itu [Khune] will be available for the Baroka game‚" Maphosa said on Monday.

"All the players are available except for Joseph Molangoane and George Maluleka."

Asked why Khune was not available when Chiefs beat Stars 3-0 at FNB stadium on Saturday evening‚ Maphosa said the shot-stopper "was on leave."

"The games don't differ‚" he said.

"The only thing with these games is that they are coming back-to-back and close within each other.

"The approach will be to try to get the first three points and we haven't recorded a win yet.

"For the supporters obviously it’s a first game of the season in Polokwane and I am sure they will be the ones to push the team to the first win in the league.

"It is going to be interesting game and we are expecting a large crowd and Polokwane is one of our strong hold when it comes to support."