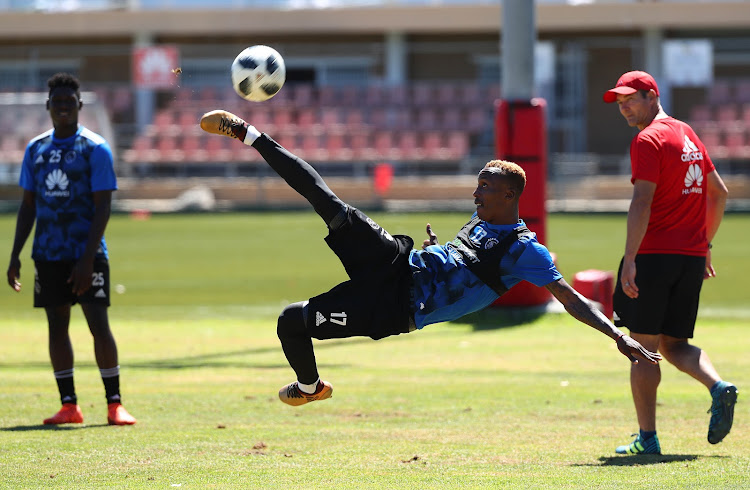 Maritzburg United first confirmed‚ then denied his impending arrival‚ but Yannick Zakri finally has now pitched up in the city to sign for the struggling club‚ who have lost their opening three matches and are in increasing need of a boost.

It is an arrival that has coach Fadlu Davids excited.

“A player of his quality will really give us an edge‚" Davids said.

"You can see we are missing that x-factor in the final third since Evans Rusike left.

"It’s something we really need.”

Zimbabwe international Rusike moved in January to SuperSport United‚ one of several key departures that has left Maritzburg struggling to emulate the impressive form of their last campaign.

Zakri arrives from Mamelodi Sundowns as part of the R9-million deal that saw Lebogang Maboe go in the opposite to the league champions earlier in the month.

The Ivory Coast forward had visa problems which delayed his arrival by a week. But he flew in on Sunday and was at the Harry Gwala Stadium to watch his new teammates battle in the MTN8 quarter-final at home to Cape Town City‚ where they lost 1-0.

Zakri is the final foreign acquisition for Maritzburg this season after they announced the arrival on Friday of Justice Figuaredo from Swaziland.

Kenyan international Brian Onyango has permanent residence‚ and is therefore now counted as a local‚ while Junior Zindoga‚ newly arrived from Zimbabwe‚ is a South African citizen through his mother.