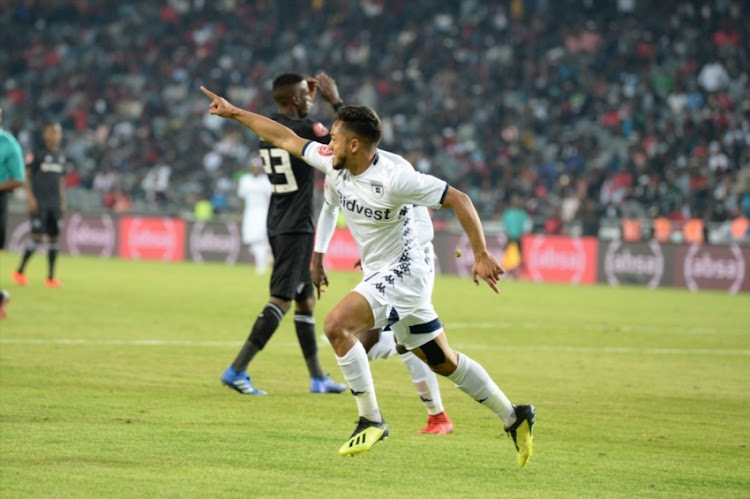 It is taking this Orlando Pirates, with their army of boffins on the bench and arsenal on the field, some time to find a stride in the Absa Premiership, as on Wednesday night they sagged to a 1-0 defeat against Bidvest Wits at Orlando Stadium.

There was a touch of fortune for Wits, and lack of it for Pirates, in Gladwin Shitolo deflecting in substitute Haashim Domingo's low cross for an own goal in the 80th.

But Pirates also had not been able to hit top gear against the nuggety Clever Boys. Wits were rewarded ultimately for commitment to a disciplined, structured performance, and persistence eyeing out a chance to sneak a winner.

Coach Milutin Sredojevic – looking for a system that could unlock Wits’ big, brutal back four – opted for a 4-3-3.

Musa Nyatama returned as one of three midfielders with Xola Mlambo and Ben Motshwari. Augustine Mulenga, Justin Shonga and Vincent Pule formed what should have been a fearsome front three.

In an affair that promised fireworks, but ended up testy, they never were quite – struggling to break down a fearsome Clever Boys backline of Thulani Hlatshwayo, Buhle Mkwhanazi, Robyn Johannes and Sifiso Hlanti.

Gavin Hunt named an almost shocking third straight unchanged lineup from Wits’s 3-0 opening win against Free State Stars and 3-1 league victory against Kaizer Chiefs at FNB Stadium a week ago. It earned his team a third straight win of 2018-19.

Wits had the best of the early exchanges, Mxolisi Macupu's shot palmed over by Siyabonga Mpontshane and Gift Motupa blazing one just over.

Shonga should have done better for Pirates when Hlanti gifted a pass straight to Pule, who fed the Zambian through alone, Darren Keet spreading himself well for the save.

Pule, who still has not scored for his new club, almost did against his old one. A dribble and toe-poke from range saw the in-form winger hit the post for the third time in four games for Pirates.

Shonga's free-kick streaked past the upright. Xola Mlambo hit one hard, but just over.

Wits might have been absorbing for most of the second half but of course never stopped plugging away. Their substitutes always looked for the run into dangerous spaced.

They were rewarded when Domingo nicely skipped past Nyatama down the left touchline, his attempted square across the face taking a deflection off Shitolo past wrong-footed Mpontshane.