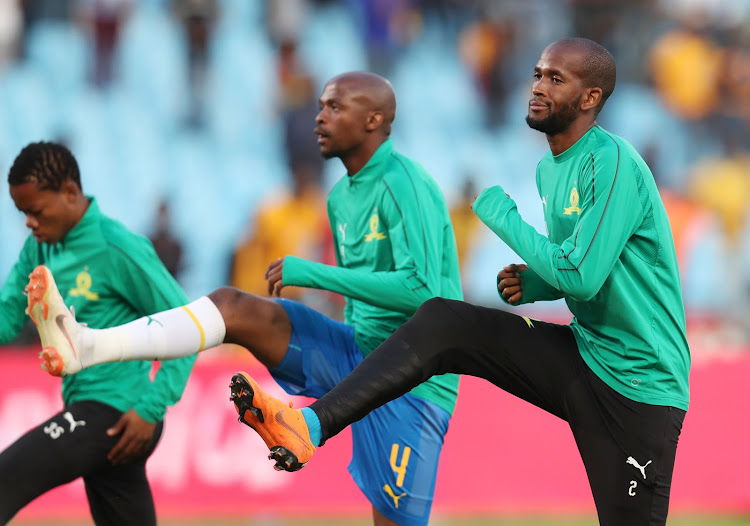 Defender Mosa Lebusa has admitted that leaving Ajax Cape Town and joining Mamelodi Sundowns last month was not his decision.

The left-back said he would have happily gone down to the lower tier and fought for the relegated Ajax if the decision had been entirely up to him.

Speaking to Thomas Mlambo in an interview on Sports@10 on Wednesday night‚ the 25 year-old Lebusa said he was heartbroken when the relegation quicksand swallowed his childhood development club.

"I think it was between the two teams Ajax and Sundowns – they spoke about it (his transfer) and here I am (at Sundowns)‚" he said.

"I wouldn't have minded going down with Ajax to the (National First Division) since my whole professional football career I've been playing for them.

"I would have gone there and fought for them.

"It's very painful to be honest.

"You know coming from the youth structure in 2009 and when that happened‚ you think about the boys in the youth [structures]."

The Welkom-born star said Ajax were already in a bad state at the beginning of last season and they struggled to compete against their topflight rivals‚ displaying poor performances that eventually cost the club its Absa Premiership status.

"I think we started off badly‚" he said.

"Even in the previous seasons we did that but we got away with it a couple of times.

"But this time it was different.

"By the time we realised that we were actually digging our own graves it was too little too late."

As Kaizer Chiefs lurch through an erratic and unconvincing start to the season‚ new coach Giovanni Solinas has complained that the Premier Soccer ...
Sport
4 years ago

More protection for players from crunching tackles is what the Premier Soccer League needs from its referees‚ says Cape Town City coach Benni ...
Sport
4 years ago