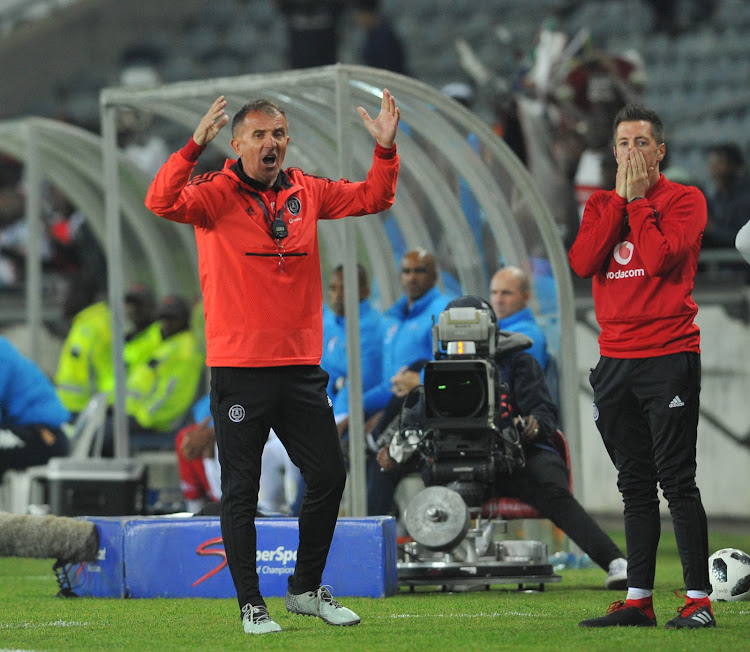 Orlando Pirates fans may be concerned by their side’s stuttering start to the new 2018/19 Absa Premiership season following defeat to Bidvest Wits on Wednesday‚ but in truth the club have more often than not been sluggish at the beginning of the new campaign.

It is the 12th time in 23 seasons in the Premier Soccer League era that the club have managed just four points or less from their opening three matches‚ and the fifth time in the last seven years.

Just why they are traditionally so slow out the blocks is a difficult question to answer given that it is a consistent pattern through the last two decades‚ but it shows there is nothing out of the ordinary in their recent struggles.

They have‚ to a large extent‚ been the architects of their own downfall in this campaign.

They started with a 1-1 home draw against Highlands Park that included a howler from goalkeeper Wayne Sandilands from a Gladwin Shitolo back-pass.

Highlands Park did not manage a single shot on target in the whole game.

That was followed by an accomplished 1-0 win away at Chippa United‚ before Wednesday’s 1-0 defeat to Wits via another Shitolo own goal.

Two goals from three matches paints the picture of where Pirates’ problems lie this season‚ something coach Micho Sredojevic admitted in the wake of the defeat.

“There is no magic stick that you press the button and things work immediately. We need to improve very much in front of goal‚” he said.

“We dominated in all statistical aspects but in that one aspect that counts we conceded a goal from an accidental situation. This is what cost us‚ but accidents happen in football.

“We need to accept it and see if we can be much more effective going forward. From the chances that we created we could have easily won the game.

"However‚ with one moment of lapse in concentration this is how it is in football‚ it cost us to lose the match.”

The worst ever start for the side was in the 2008/09 season when they took a single point from their first three games‚ but still only missed out on the league title on goal-difference to SuperSport United.

Pirates have only twice before won their opening three matches of the Premiership season‚ under Gordan Igesund in 2000/01 when they won the league‚ and again in 2002/03 under Roy Barreto when they were again champions.

On that occasion they won their first six league games‚ the best ever start for the team.

Without the distraction of the MTN8 any more‚ the side can concentrate on their upcoming league games to improve their situation – away at Bloemfontein Celtic on Sunday‚ followed by a trip to Black Leopards (August 28) and a home clash with SuperSport United (September 15).

ORLANDO PIRATES’ POINTS FROM THREE GAMES IN THE PSL ERA

More protection for players from crunching tackles is what the Premier Soccer League needs from its referees‚ says Cape Town City coach Benni ...
Sport
3 years ago