A draw might be enough for Sundowns in Casablanca‚ says Vilakazi 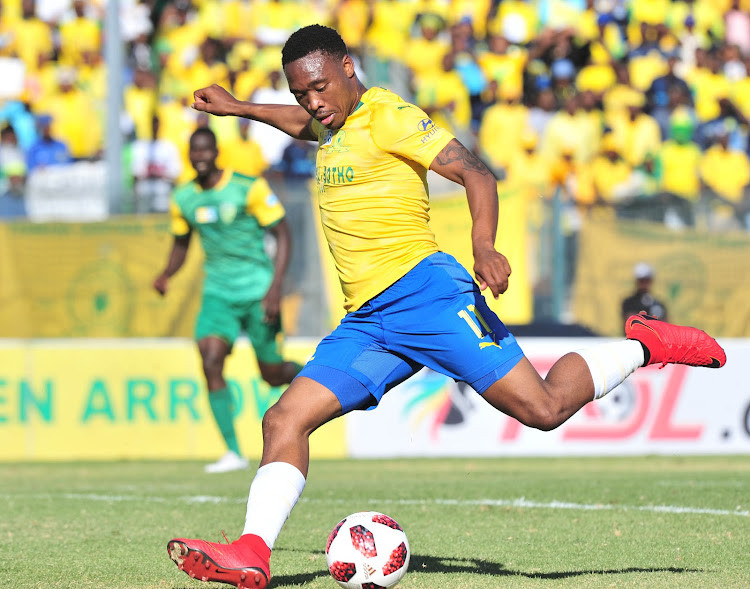 Mamelodi Sundowns attacking midfielder Sibusiso Vilakazi has taken a pragmatic approach to their crucial Caf Champions League‚ group stages clash against Wydad Casablanca on Friday by admitting that even a draw will be enough.

The Brazilians take on the defending champions‚ who eliminated them at the quarterfinal stage last season‚ sitting second in Group C with five points from four matches and they must avoid defeat at all cost.

Vilakazi said three away points will be the best possible scenario for Sundowns at the imposing Stade Mohammed V‚ but a point will keep them in contention to progress to the knockout stages ahead of their last match of the group against Horoya AC in two weeks’ time in Pretoria.

“Getting three points away from home against Wydad would be great but I think a point wouldn’t be a bad result considering who we are playing‚” he said as Sundowns continued with their preparations for the clash.

“The game itself will dictate how things turn out. Sometimes a point is enough because it can make a huge difference come the end of the group stages.”

For coach Pitso Mosimane‚ it will be a chance to try new combinations as he continues to manage his players and the likes of Andile Jali‚ Aubrey Ngoma‚ Tebogo Langerman‚ Anthony Laffor and Lebohang Maboe are expected to play a role.

On the other hand‚ a win for Wydad will see them amass an unassailable 11 points at the top of the group‚ leaving Sundowns‚ Horoya and AS Togo-Port de Lomé to compete for second place.

Sundowns have been in Morocco since Monday where they have been preparing for this clash that Mosimane has labeled “a must- win” as they look to progress to knockout stages for the third season running.

Wydad have eight points in Group C‚ with Sundowns second on goal difference from third-placed Horoya on five points. Togo-Port have three points.

There has been no gamesmanship from Wydad Casablanca this time around as Mamelodi Sundowns seek a win in Morocco on Friday night that could almost ...
Sport
3 years ago