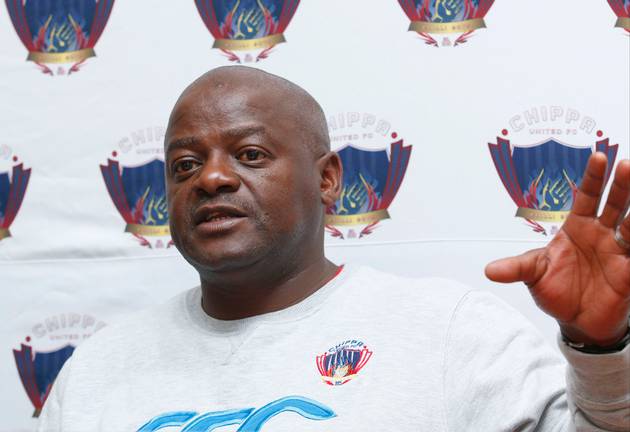 Dan Malesela has committed to a more flexible approach in his second stint as coach of Chippa United.

Malesela earned notoriety in his previous stint as coach of Chippa United for a dogmatic approach to playing the game‚ insisting on his players keeping possession‚ passing the ball around and only taking chances at goal when they were certain of the opportunity.

“I don’t like shooting for shooting sake‚” he once famously said.

It was an uncompromising stance that didn’t work out for the former Orlando Pirates captain in his first top-flight managerial stint.

Chippa’s emphasis on style and always looking to play the ball at times left them exposed in defence.

Malesela he was first put on ‘gardening leave’ for a while and then fired before the end of last season as Chippa flirted with the possibility of relegation.

But the coach is back for another stint at the Chilli Boys and says he will not be as rigid in his playing philosophy this time round.

“Hence‚ the recruitment of new players‚ who give us perhaps more ability to penetrate into the opposition’s defence‚” he said as Chippa readied to host Black Leopards at the Sisa Dukashe Stadium in Mdantsane on Saturday (kickoff 8.15pm) in their third game of the new season.

“They are more goal-scoring orientated‚ making us more than just a team that can keep possession.”

The likes of Ruzaigh Gamildien‚ Daine Klate‚ Jabulani Shongwe and Botswana international Thatoyaone Kgamanyane have already made an impression since arriving in the off-season. The club have‚ nevertheless‚ lost their opening two league games of the season and will be under pressure to win on Saturday.

“Possesion and possession doesn’t help‚” Malesela admitted in a turnaround of ideas. “We still need to keep possession but still find way of going forward‚ scoring goals and winning matches‚” he told TimesLIVE.

“In order to do that‚ we have had to have a change in personnel and I think the players we’ve got are the right ones to help us achieve that. Now‚ we just need to get the right combinations.”