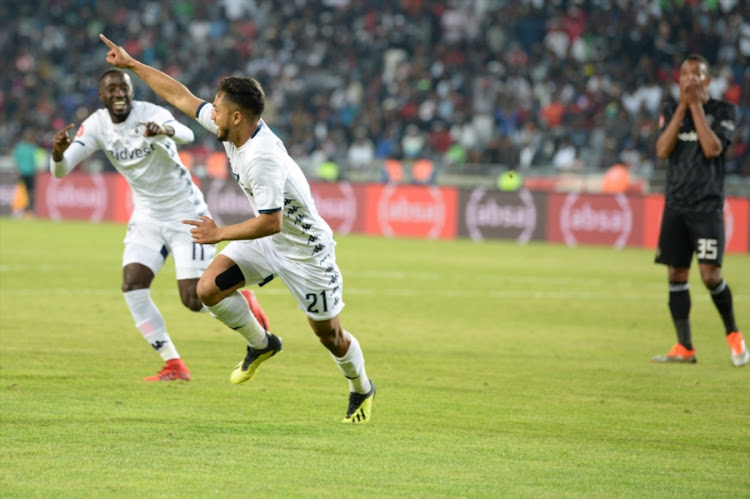 Domingo‚ who has returned from four years on the books of Vitoria Guimaraes in Portugal to join Wits‚ set up the deciding goal in the Students’ 1-0 midweek Absa Premiership win against Orlando Pirates at Orlando Stadium.

The 23-year-old midfielder came on as a substitute and in the 80th minute beat Musa Nyatama down the right touchline‚ skipped inside and produced a low cross that Bucs defender Gladwin Shitolo deflected in at the near post.

They will aim for a fourth win against SuperSport United at Bidvest Stadium on Saturday night (kickoff 8.15pm).

Most of Wits’ rebuilding has revolved around a younger‚ faster frontline. The skilful Domingo fits that profile.

“We had a big think tank. And it’s very difficult when we’re working in the free agent market‚ but that’s what we do‚” Hunt said of Wits’ reevaluation in strategy following their poor 2017-18.

“I mean‚ for me young Haashim was the best player to come out of the Ajax academy since [former Everton and Borussia Dortmund midfielder] Steven Pienaar.

“He was the top player there for many years and he got lost on the system. Players like that get lost in our national teams‚ and it’s madness.

“But that’s what happened. Hopefully he will kick on and play a few games for us.”

Domingo signed for Vitoria from the Ajax academy in 2014-15. He played close to 70 games for the reserves of Guimaraes – Bongani Zungu’s old team before his move to France – in the past two seasons.

He was also a target Cape Town City this off-season‚ but opted for Wits.