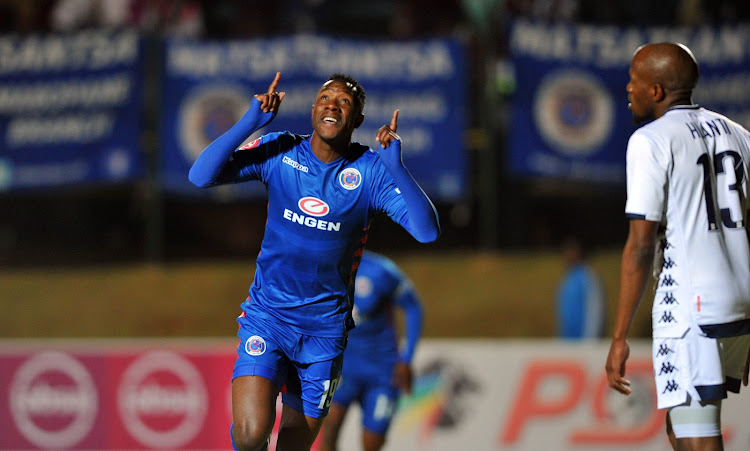 Bidvest Wits might have gotten off to a flier in 2018-19 but SuperSport United showed they too have intentions of returning as a force in the Absa Premiership inflicting the Clever Boys' first defeat, 1-0 at Bidvest Stadium on Saturday night.

The two 'corporations' of the PSL largely cancelled each other out, Wits edging the first half and SuperSport the second, with chances hard to come by from two teams organised like a boardroom meeting.

Unusually, both these teams had beaten Orlando Pirates in their previous match.

SuperSport counterpart Kaitano Tembo brought in Grant Kekana, Maphosa Modiba and James Keene from the lineup that beat Pirates on penalties in the MTN8 on Saturday.

A strong, bitterly icy wind swept Bidvest Stadium. In these conditions, two teams attuned to playing at a high tempo anyway had little reservation sprinting at each other, even just to keep warm.

The result might not have been the most composed football, but it was interesting.

Interesting from the point of watching the new Wits, with their big, boxing backline and fast, younger frontline, edge a more than competent SuperSport in the first half.

After the half-hour Ronwen Williams had to one-handedly punch out Deon Hotto's swerving cross, only as far as lively Domingo, who scythed a volley just over.

For all Wits' industry, it was SuperSport who almost opened the scoring when, from Maphosa Modiba's corner, had Bongani Khumalo's header been either side of Darren Keet it would have been a goal.

It seemed a measure of Tembo's astuteness that SuperSport came out with a tweaked gameplan that pressed Wits back more from the break.

It still took a lot of hard work for United to break Wits down and create a chance. When they did, Rusike struck with the deadliness of a cobra.

Left-back Onismor Bhasera's cross took a big deflection off Thulani Hlatshwayo to loop in the direction of Rusike with his back to goal. The Zimbabwean's turn and scissor volley was executed with the quickness of a flick-knife and struck with venom to leave Keet rooted to the spot.