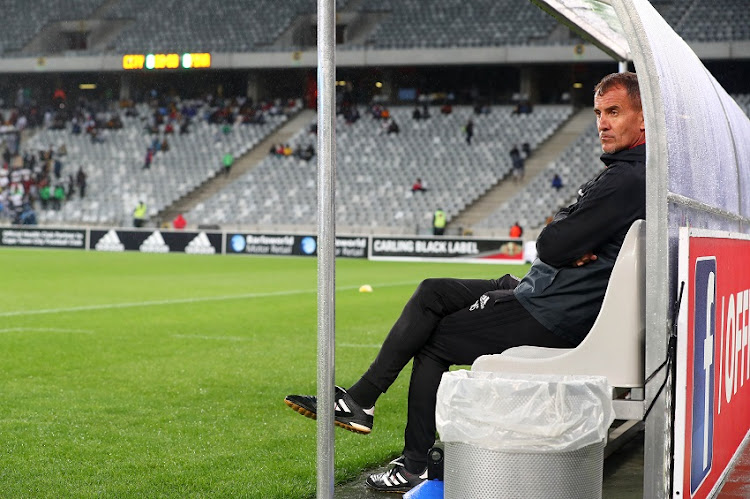 Orlando Pirates coach Milutin Sredojevic has said his team are keenly aware of the expectation on them in the 2018-19 season‚ but that he tries to take as much of the pressure for that on his shoulders as he can to shield his players.

Bucs can hardly not be aware of the hopes held for their season.

The hype has been immense following last season’s runners-up recovery from 11th in a disastrous 2016-17.

Signings and a bolstering of technical staff have added to the supporters’ high hopes.

Yet so far it has been a stuttering start‚ and following a 1-0 midweek Absa Premiership defeat against Bidvest Wits at Orlando Stadium Bucs would appreciate a victory against Bloemfontein Celtic at Free State Stadium on Sunday (kickoff 3pm).

“We are fully aware of the expectation.

"As a person 25 years in this job of coaching I want to take the element of pressure and expectation on myself‚ personally‚ together with the technical team‚” Sredojevic said.

“And leave the players to play their football.

"Because we know that the football we are playing‚ once all the passes are put properly in a mosaic‚ will pay back and we shall be contenders.”

Pirates have shown flashes of brilliance without clicking yet in their 1-1 opening league draw against Highlands Park‚ away 1-0 win against Chippa United with 10 men‚ penalties MTN8 quarterfinal defeat against SuperSport United‚ and then loss against Wits.

Midfielder Musa Nyatama‚ who returned against Wits from the SuperSport match out injured‚ said Pirates need to have trust in their game model‚ and results will follow.

“It always feels good to be back in the team. But to be on the losing side is a sad thing‚” Nyatama said.

“You can have 80 percent or 70 percent of ball possession‚ but not winning the game is not something that’s easy to swallow.

“But ja‚ we still have to trust our process. We know we are in a process and that’s the only thing. Keep going‚ work hard and I’m sure we will get something in Bloemfontein.”

Celtic have had a promising start under former Kaizer Chiefs coach Steve Komphela‚ with 2-0 league wins against Chippa United at home and Lamontville Golden Arrows away to last season’s 11th-placed finishers.