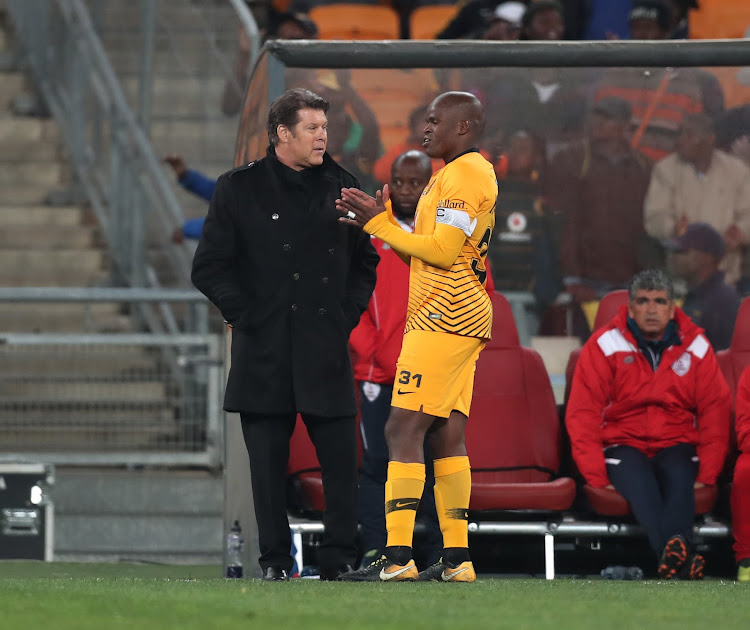 Kaizer Chiefs’ combative midfielder Willard Katsande has appealed for the club’s supporters to get behind the team in Sunday’s first leg of their MTN8 semifinal against SuperSport United at Lucas Moripe Stadium.

In return‚ Katsande said‚ Chiefs would reward their supporters with a place in the final.

Amakhosi have had an unconvincing start to the 2018-19 Absa Premiership season‚ and they have been early grumbles of discontent from their supporters.

“Wear your new jersey and support the team. If that happens‚ we promise that we will reach the final.”

Chiefs have started with just one win from five league and cup games in 2018-19.

They will have been buoyed this week by the arrival of two new signings‚ central defender Mario Booysen from Ajax Cape Town and attacker Lebogang Manyama‚ the 2016-17 Premier Soccer League player of the season with Cape Town City‚ from Konyaspor in Turkey.

Katsande said that new coach Giovanni Solinas‚ who only arrived with three weeks of the preseason remaining‚ needs time to implement his ideas and style of play.

“We have been working hard this week on that final touch to put the ball into the back of the net.

“We are adapting well to what the coach wants. We have had little time in-between the games early this season‚ but we now have had a full week to train before the game against SuperSport United.

“We are working hard on pressing moments and to know where and how the coach wants us to press.”

Chiefs beat Free State Stars 3-0 in the MTN8 quarterfinals‚ which was their lone win and most convincing performance so far this season.

Kaizer Chiefs have confirmed the signing of former Premier Soccer League Footballer of the Season of the season Lebogang Manyama.
Sport
3 years ago

Kaizer Chiefs have announced a second signing made on Wednesday‚ that of centreback Mario Booysen from Ajax Cape Town.
Sport
3 years ago