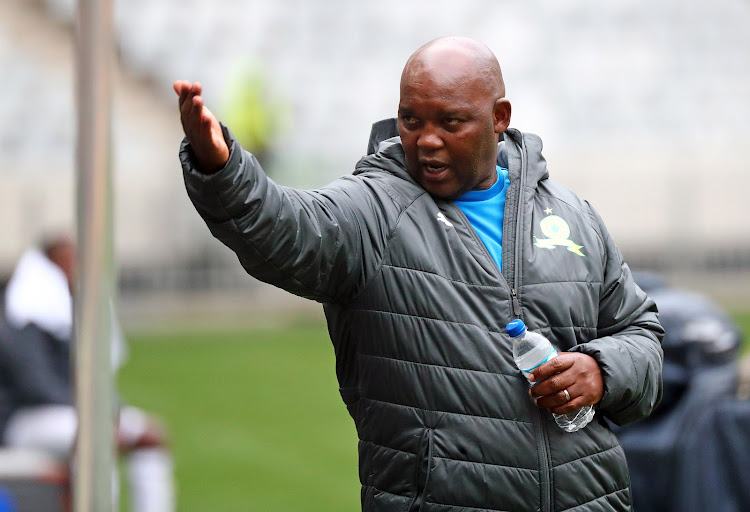 If Mamelodi Sundowns fail to score on Tuesday night in Atteridgeville against Horoya AC of Guinea in their last Caf Champions League group clash‚ not only will they be eliminated but also notch up their worst scoring run in some six years.

Sundowns have not found the net in their last three games against Wydad Casablanca‚ Highlands Park and Cape Town City – all of the clashes in different competitions.

They are on the brink of matching their last significant scoreless run back in 2012‚ before Pitso Mosimane had even been appointed coach.

After losing 2-1 at home to Maritzburg United in early September that year‚ the Brazilians were beaten 1-0 at Lamontville Golden Arrows‚ drew 0-0 in the Tshwane derby with SuperSport United‚ then lost 2-0- away at Moroka Swallows before being beaten 1-0 at home by Platinum Stars.

They broke their goal duck towards the end of October 2012 when Anthony Laffor‚ still on Sundowns’ books‚ scored the only goal of their Telkom Knockout first round tie against the University of Pretoria.

Some six weeks after that coach Johan Neeskens quit‚ after losing to Bloemfontein Celtic in the Telkom Knockout final‚ and was replaced by Mosimane.

Sundowns host Horoya on Tuesday needing victory to ensure they finish tie with the Guinea club in second place in Group C but advance to next month’s two-legged quarterfinal because of a better head-to-head record.

A draw or defeat will see the 2016 continental champions eliminated before the knockout stage of the tournament gets underway.

Kaizer Chiefs coach Giovanni Solinas is working on a new playing system that will see Itumeleng Khune used as a sweeper-keeper.
Sport
3 years ago

Danny Jordaan’s bid to become a member of the FIFA Council‚ the all-powerful cabinet that runs the world’s game‚ could be determined by a meeting of ...
Sport
3 years ago