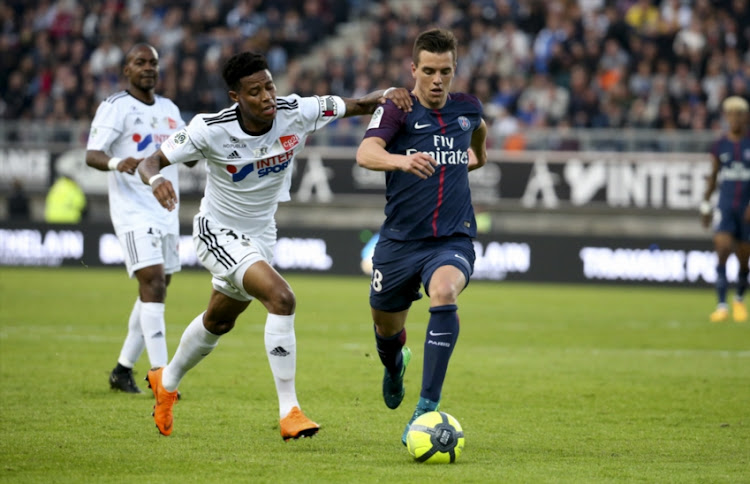 Bafana Bafana have suffered a double injury blow‚ with Bongani Zungu and Themba Zwane ruled out on Monday of the Africa Cup of Nations qualifier against Libya at Moses Mabhida Stadium on Saturday.

The South African Football Association (Safa) announced on Monday on the official Bafana Twitter account that France-based midfielder Zungu of Amiens SC and Sundowns' in-form winger Zwane have pulled out due to injuries.

Safa Tweeted: "@BafanaBafana midfielders Bongani Zungu & Themba Zwane have been withdrawn from the squad due to injuries.

"Midfielder Hlompho Kekana is in serious doubt & undergoing tests at his club. Zwane was in camp but got left behind after a medical check up by the national team doctor [Dr Thulani Ngwenya]."

Both Zwane and Zungu played a starring role as starters a little over a year ago when Bafana began their 2019 Nations Cup qualifying campaign with a 2-0 win against Nigeria in Uyo in June 2017.

That was South Africa's first competitive win against the Super Eagles‚ in coach Stuart Baxter's first match in charge.