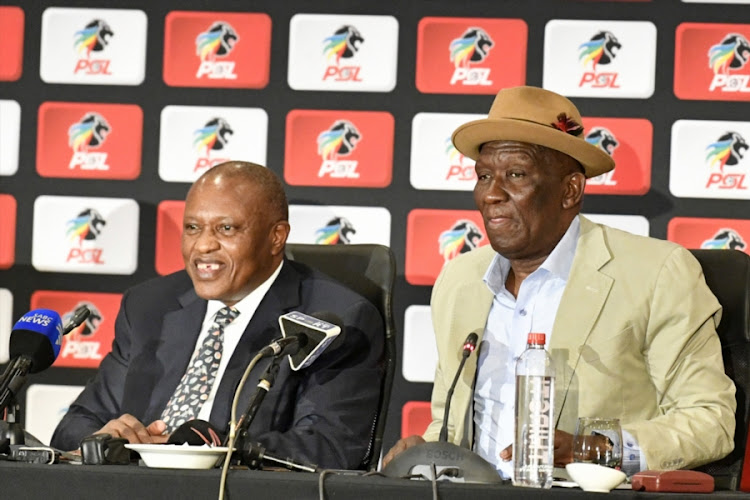 The Premier Soccer League (PSL) has announced a partnership with South African Police Services (SAPS)‚ joining forces through the Multichoice Diski Challenge (MDC) games where the police will come in their numbers to offer crime-prevention services to the community.

This initiative will be especially geared to the youth at soccer matches.

The initiative will be officially launched this coming weekend when the MDC games kick-off and staged for the first time at the Hammersdale Stadium in Mpumalanga near Durban.

The announcement was made by PSL chairman Irvin Khoza, Police Minister Bheki Cele and National Police Commissioner Khehla Sithole at the Emperors Palace in Johannesburg on Thursday.

"We will follow this initiative and check if at the end of the day it will give us good outcomes‚" said Cele.

"Policing is a partnership with the police‚ especially with the young people. This initiative will help us create better relationship with young people.

"Working with PSL in the most popular sport‚ football‚ it will be easy for the SAPS to reduce crime."

Cele said the police would interact with the people during the games‚ especially the youth‚ on how to avoid getting into crime and getting those already involved in crime out of it.

"We hope this will indeed look like a national initiative.

"In the next few days we will release the crime statistics which don't look good. We hope this initiative will help us improve the situation throughout the country."

Khoza emphasized that the initiative would be rolled out nationally and they hope it would help supporters improve their behaviour at the big PSL games where there has been a number of disgraceful incidents in some matches.

The SABC has until Friday to pay a portion of the R50m they owe to the SA Football Association (Safa) or the nation’s soccer lovers could face a ...
Sport
3 years ago

Kamohelo Mokotjo almost permanently seems to be on the verge of a Bafana Bafana breakthrough.
Sport
3 years ago