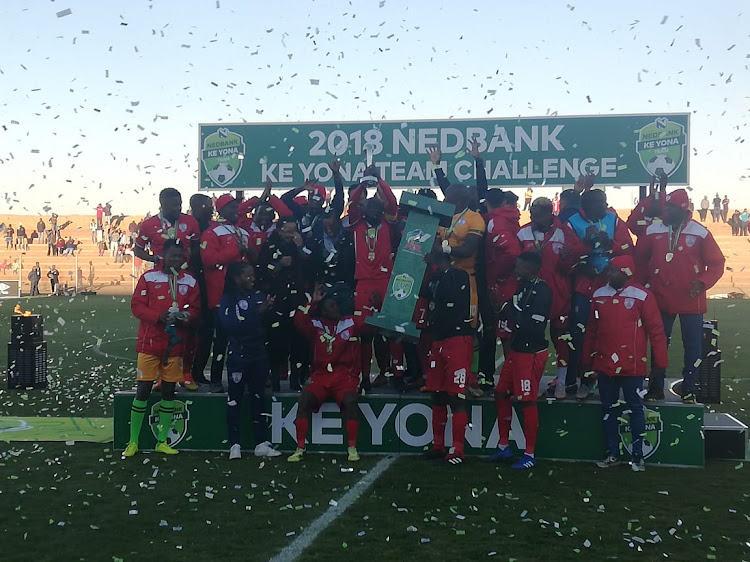 Free State Stars were made to sweat for their 2-1 win over amateurs Nedbank Ke Yona Team to lift the 2018 Nedbank Ke Yona Challenge on Sunday afternoon at a packed Makhulong Stadium in Tembisa.

Stars, the 2018 Nedbank Cup champions, took the lead as early as the fifth minute through Yusuf Jappie but it lasted just a minute as Lunathi Mdatyulwa equalized at the other end.

The Absa Premiership campaigners had to wait until the last 15 minutes of the match to score their second goal as substitute Eleazar Rogers met Sinethemba Jantjie's cross with a thumping header to make it 2-1.

The Ke Yona Team, which was assembled from youngsters from seven provinces who play in the amateur ranks, held their own against their much more polished and experienced opponents in the first half.

Mdatyulwa, who hails from Hout Bay in the Western Cape added his named into the Ke Yona Challenge history as his equalizing strike was only the second goal scored by the Ke Yona Team in open play in five editions.

The Ke Yona Team has over the years played against Nedbank Cup Champions Kaizer Chiefs in 2013, Orlando Pirates in 2014, Mamelodi Sundowns in 2015 and consecutively played SuperSport United in 2016 and 2017 after Matsatsantsa were crowned victors in both years.