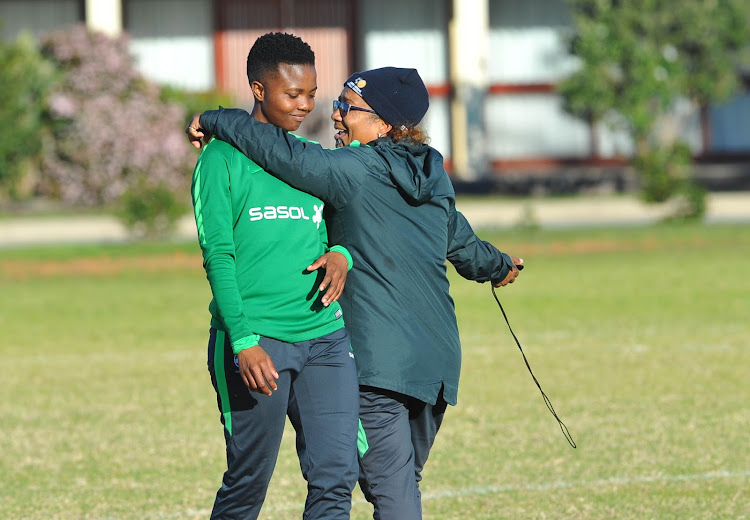 Banyana Banyana coach Desiree Ellis has challenged her players to fight for their places at the African Women’s Championship in Ghana later in the year as the side prepares to kick off their regional Cosafa Cup tournament in Port Elizabeth on Wednesday.

Ellis has selected a strong squad that includes most of her overseas-based stars‚ but says the door is very much open for others to take a claim for the continental finals as the team bids to reach a first ever FIFA Women’s World Cup in France next year.

Banyana open their Cosafa Women’s Championship Group A campaign against Madagascar at the Wolfson Stadium and Ellis says she wants her charges to give her a selection headache.

“Yes‚ we are building towards the African Women’s Championship and it is hard not to have an eye on that‚ but just because players are here [in Port Elizabeth] doesn’t mean they will be going to Ghana‚” Ellis told TimesLIVE.

“They have one foot in the door maybe‚ but we have players playing college football in the United States that we did not call for this Cosafa tournament‚ as well as Ode Fulutudilu in Finland and other players locally that misses out.

“We want the players here to raise their hands and make it more difficult for us when selecting our African Women’s Championship squad – we want them to give us a selection headache.”

The star Houston Dash trio of Janine van Wyk‚ Linda Motlhalo and Thembi Kgatlana will only arrive in Port Elizabeth on Tuesday after completing their season in the National Women’s Soccer League and their readiness for action will be assessed.

“We will have a look at their jet-lag and everything else before they play‚" he said.

"That does not mean we are underestimating any of our opponents‚ but we want to make sure we get the best out of them in the tournament.

“Knowing you have Linda‚ Thembi and Janine‚ with all of that experience they have gained‚ is a big boost for us.”

Banyana also have Botswana and Malawi in their group‚ with only the top team and the best-placed runner-up advancing to the semifinals.

“We won’t underestimate anybody‚ we have done our planning for all three group opponents and we know it won’t be easy.

"We have a lot to gain from this Cosafa Women’s Championship‚ which has come at the right time just two months from the continental finals.

“But we need to show our quality on the pitch and that is what I am looking forward to seeing.”

South Africa are the defending champions in the Cosafa Women's Championship having won in Zimbabwe last year.

They have claimed the title in four of the five regional tournaments played.

PSL goalkeeper has his eye set on owning a law firm

For Polokwane City goalkeeper Harold Ndlovu‚ the journey towards fulfilling his childhood dream is within touching distance after completing an ...
Sport
3 years ago