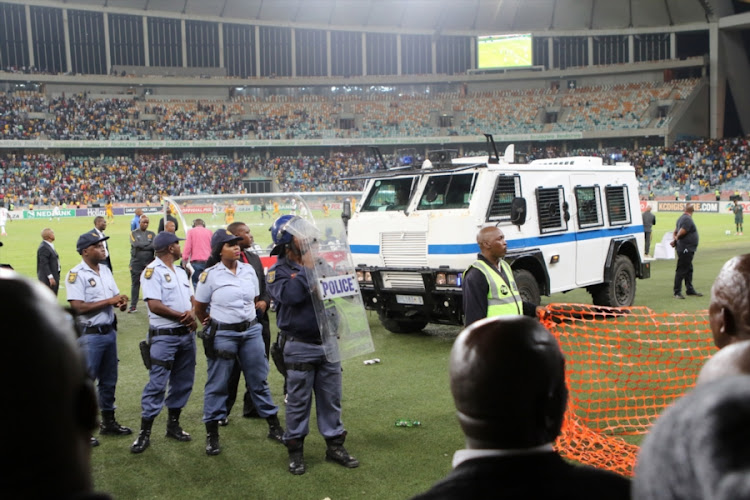 Kaizer Chiefs will have to pay for the sins of their irate fans after the Premier Soccer League's (PSL) disciplinary committee found the club guilty for the violent riots that caused damage worth millions of rand at the Moses Mabhida Stadium in April.

Chiefs have been ordered to play three matches in KwaZulu-Natal behind closed doors with one of those matches suspended for two years on condition the club is not found guilty of a similar offence.

The violence erupted at the Durban stadium after Chiefs lost 2-0 to Free State Stars during the semifinals of the Nedbank Cup on April 21.

There was also damage to equipment belonging to broadcasters‚ with some equipment alleged to have been stolen.

Vehicles that were parked at the back of the stadium were also damaged.

The club was held liable for the violent scenes that took place that Saturday evening‚ according to Article 45.5 of the National Soccer League handbook that holds member clubs responsible for the behaviour of their supporters.

The PSL Disciplinary Committee ruled that the matches which the club plays behind closed doors must be held in Kwa-Zulu Natal.

The Disciplinary Committee held a view that since the incident occurred in KwaZulu-Natal‚ a strong message must be sent to the spectators in that province.

Twitter was not playing games on Tuesday morning after the Premier Soccer League (PSL) announced that Moses Mabhida Stadium will again host the MTN8 ...
Sport
2 years ago