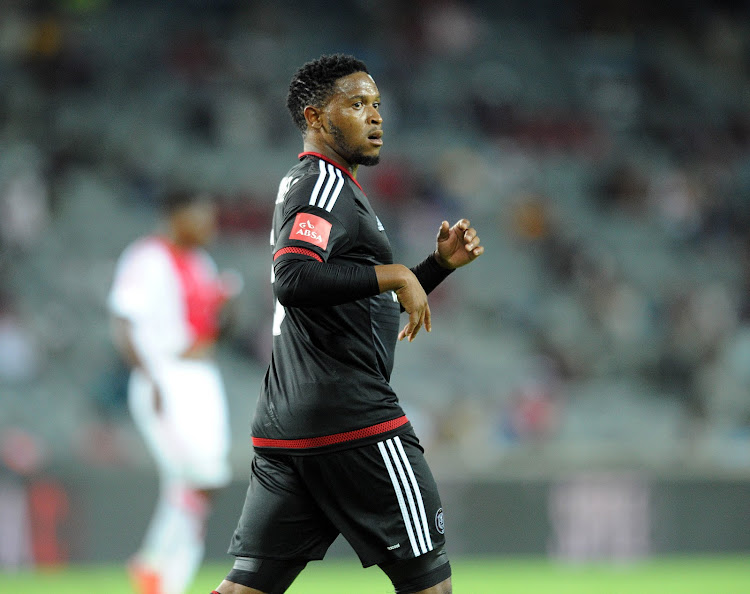 Former Orlando Pirates midfielder Thandani Ntshumayelo has been handed a new lease of life after his four-year ban drugs ban was lifted by the SA Institute for Drugs-Free Sports (Saids) on September 11 2018. Ntshumayelo was banned in 2016.
Image: Sydney Mahlangu/ BackpagePix

Former Orlando Pirates midfielder Thandani Ntshumayelo has apologised to former boss Irvin Khoza after a four-year drugs ban that appeared to have ended his career was lifted this week following a successful appeal.

The 28-year-old Ntshumayelo was slapped with the heavy ban in 2016 after testing positive for cocaine. His career appeared to be over after Pirates terminated his contract.

Ntshumanyelo took to social media after the announcement of the lifting of the ban and thanked Pirates boss Khoza‚ who is also the Premier Soccer League (PSL) chairman‚ for the second lease of life.

Thank you South Africa for the support and your kind messages through this difficult period. My main aim now is to get my career back on track and take care of my family. #GodIsGreat#GodLives#GodIsAble#BlessedBeyondMeasure#BiboIsBack pic.twitter.com/DJRTCHyJsC

"First of all I would like to thank my family‚ fans and South Africa as a whole for being behind me in this difficult two years of my life‚" he said.

"I am also grateful for this second chance.

"I am going to do something I love which is to play football and take care of my family.

"I learned from my mistake and I promise I won't let you down again.

"I hope to be a positive role model.

"And once again I would like to apologise to the Chairman of the PSL Dr Irvin Khoza and my former club Orlando Pirates and the whole football community."

Ntshumayelo said he was grateful for the second chance and hopes to revive his career.

The chief executive of South Africa Insitute for Drug-Free Sports (Saids) Khalid Gelant told TimesLIVE that Ntshumayelo is free to return to the field.

"I can confirm that Thandani Ntshumayelo is free to compete with immediate effect after he successfully appealed his four-year ban.

"The decision of the appeal was sent to the athlete‚ the SA Football Association and the Premier Soccer League as per procedure."