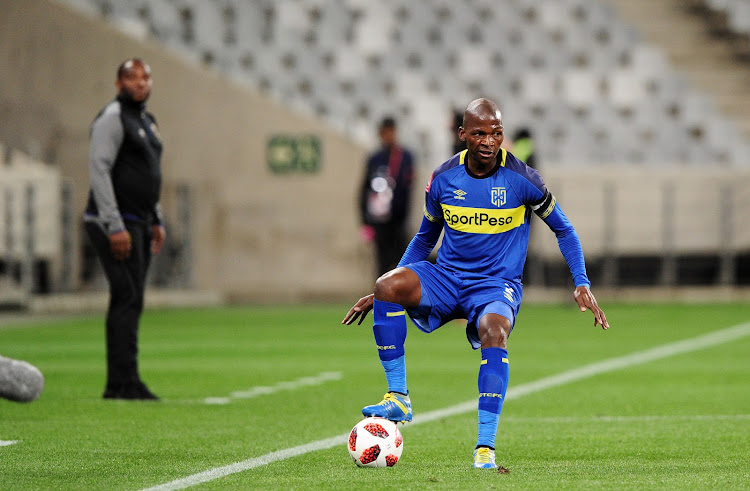 Cape Town City must face both Kaizer Chiefs and Orlando Pirates in two massive Absa Premiership matches before their MTN8 final against SuperSport United on September 29 and captain Thamsanqa Mkhize says there is no question of them taking their eye off the ball.

City are in action next at home in the Premier Soccer League (PSL) to Chiefs on Saturday at Cape Town Stadium (kickoff 3pm)‚ before an away trip to Pirates next Wednesday‚ 10 days before their MTN8 decider.

While there might be an expectation that some City players are focusing on the MTN8 clash‚ especially as they lost in the decider to the same opposition last season‚ Mkhize said that is not the case.

“We are excited about the final‚ but it is very important we shift our focus to the league‚” he said on Thursday. “We cannot be thinking about the final‚ there are two massive games that we have to play first.

“In the league we have done OK‚ but we still have to improve there. This is an opportunity for us to make sure we collect maximum points in these games to build our confidence going into that final.

“For now the most important thing for us is the league and then we will think about the final after the Pirates game.”

Chiefs have not won this season in five league matches‚ the worst start in the club’s history‚ but Mkhize warned that Amakhosi have enough quality to turn things around quickly.

“It’s a very important game for City‚ especially as we are at home. Our motivation is that whenever we play at home we must make sure that we win. This will be another good opportunity for us to display our football on the field‚” he said.

“I wouldn’t say it is a good or a bad time [to meet Chiefs]. we all know they are a big team and they can turn around [in form] at any time.

“But I’m glad we are playing them now because we have had that excitement of doing well in the MTN8 and we want to keep the momentum going.”

New City striker Tokelo Rantie is unlikely to feature at the weekend as he works his way back to match fitness after 11 months out of the game‚ but Mkhize says the addition of the Bafana Bafana player has been welcome.

“He has done well. Whoever is responsible for building this puzzle is doing so well. Whoever has come in has fitted into the club. The players that have joined us this season have already done well and raised their hands‚" the Bafana right-back said.

There could also be a reunion of sorts if former City captain Lebogang Manyama makes his debut for Chiefs after he joined them last month.

“It will be special for him. He knows we love him here‚ he has done a lot for us‚ but on the day he will be our opponent‚” Mkhize said with a smile.

Kaizer Chiefs have been given permission to register Madagascar attacking midfielder Andriamirado "Dax" Andrianarimanana with immediate effect.
Sport
3 years ago

Benni McCarthy says his Cape Town City players are like hungry lions preying on a wounded animal as they prepare to host Kaizer Chefs in their Absa ...
Sport
3 years ago