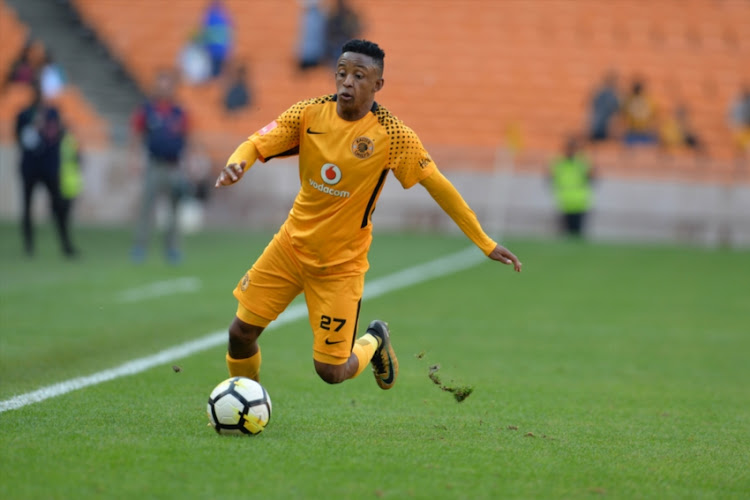 The sometimes maligned Hendrick Ekstein says the introduction of so many quality signings at Kaizer Chiefs has created an environment of healthy competition for places.

Amakhosi coach Giovanni Solinas’s nervy start at the Soweto giants received its biggest stabilising boost yet in the past week.

Chiefs 4-1 away hammering of Cape Town City was followed by a convincing 2-0 win with a near-B team against Free State Stars at Goble Park on Tuesday night.

It took some guts for Solinas‚ who needs points and wins to earn the confidence of the team’s supporters at the start of his tenure‚ to then rest players‚ even against an off-form Stars.

Ekstein – a darling of the fans‚ but not always as much of the more critical media – put in a good 13-minute shift as a substitute against City‚ providing the long pass for Philani Zulu’s fourth goal.

He started in the mixed-strength team that at times passed the ball around imperiously beating Stars.

“As a team we are happy‚ and we are happy that we are winning‚” the skillful midfielder said.

“Kaizer Chiefs is a big team‚ and people know Chiefs by winning games. We are happy to be winning and that everything is going well in the team.

“I’m happy at how I played. And I’m happy that everybody is getting a chance.

“We‚ as a team‚ want to win and we want to dominate whenever we are playing.”

Chiefs’ string of quality signings in the past six months – including two former PSL players of the season in Lebogang Manyama and Khama Billiat – appear to be paying off for the club.

They have not just lifted the quality of the squad at Naturena‚ but also created competition for places that Ekstein says has motivated Amakhosi.

“It does inspire us‚ because as a team we are doing well‚ and we all want to play‚” he said.

“It’s also good to have competition so that you cannot relax in your position.

“The only thing that you need is to showcase your talent. It’s not easy to play for Chiefs because you have to deliver. So whenever you’re given a chance you must showcase by playing well.”